The Bank of Thailand is due to announce this quarter regulations governing banking agent licences, which allows banks to access people in remote areas with cheaper operating costs. 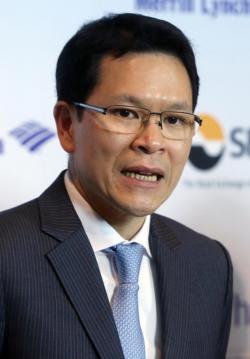 However, lending is not permitted through agents, said central bank governor Veerathai Santiprabhob.

Agents could be Thailand Post, Village Funds or small merchants, he said.

Over the past two years, banks have continued to downsize their brick-and-mortar branches with low financial transactions and relatively few customers as more people make these transactions through mobile banking apps on their smartphones.

PromptPay's usage has increased to around 700,000 transactions per day after the service was rolled out last year.

On the digital platform, consumers are charged a lower fee, allowing more opportunities for low-income earners to access to financial services as reflected by the higher number of financial transactions for small-ticket product and service purchases, he said.

"Amid the trend of traditional branch closures and cuts in bank staff, the central bank is monitoring the situation and reiterates that banks need to properly take care of both customers and employees who are affected by downsizing," said Mr Veerathai.

Banks need to offer training plans to hone needed employee skills in preparation for new businesses and technologies as the digital age beckons, he said.

According to the Bank of Thailand's data, 230 bank branches were shut last year, leaving 6,768 branches of commercial banks in operation.

In the meantime, Mr Veerathai has repeatedly dispelled concerns that Thailand may be added to the US watch list for currency manipulators because the Bank of Thailand does not exercise a policy to manage the baht's movement for export benefit.

Typically, the central bank steps in to take care of the local currency when massive offshore funds flood into Thai markets.

He said it is the central bank's duty to ensure the baht is not so volatile that it affects business operators.

The baht, which has gained 2.4% against the greenback this year and hovered near a 3½-year high, is the second-best performing currency in Asia after the Malaysian ringgit, which appreciated 3%.