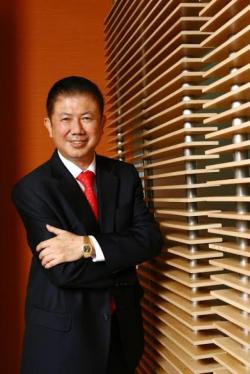 Of the 10.5 billion baht, some 7.73 billion is projected to come from the domestic market and 2.77 billion from exports. The growth will be driven largely by melamine and plastic products in the overseas market.

"We expect high growth of melamine products in the international market because we have witnessed a clearer economic rebound in the US, Europe and Japan since last year," he said.

Mr Sanan said both existing and new melamine customers started placing purchase orders from the fourth quarter of last year, and the company is scheduled to start delivering the products to overseas customers in the first quarter of this year.

"This reflects economic improvement in the international market," he said. "The competitiveness of melamine products from Thailand remains strong in the world market. Some customers have shifted their orders from China to Srithai to diversify their business risk."

Mr Sanan said the company plans to raise the prices of its melamine in overseas markets by 5-10% this year, citing the cost of several raw materials such as plastic and oil continuing to increase since the third quarter of last year. Moreover, the company has experienced a significant profit drop as the baht grows stronger against the US dollar.

"We've put more focus on the export market because melamine demand in the domestic market is very weak," Mr Sanan said. "Local sales of our melamine grew only 1% last year because of the economic slowdown and the overall performance of the restaurant business was not good. Price competition in the domestic melamine market was very fierce last year."

Mr Sanan said the company expects to spend just 300 million baht this year, which is about three times lower than its regular annual investment of 1 billion baht.

The company may reconsider resuming active investment to expand production capacity in Vietnam and India next year, he said.

In a bid to accelerate business growth, Srithai is also looking for more mergers and acquisitions this year. The company negotiated four deals last year but failed to ink any deals.

The aim is to seal at least one plastic packaging deal this year.

In a related development, Srithai has felt no impact from the government's recent decision to raise the daily minimum wage, Mr Sanan said, adding that the company has gradually increased the use of automated machines and robots on mass production lines at its factory in Nakhon Ratchasima over the past several years.

The company exports to more than 100 countries. Despite Thailand's economic slowdown over the past few years, the company still believes it could record 20 billion baht in revenue by 2020.