Thailand is the world leader for time spent on the internet and mobile internet per day, a consequence of higher social media use and the popularity of online video consumption.

Thailand ranks in the top 10 for mobile social media penetration and top four for time spent on social media, according to social media management platform Hootsuite and global agency We Are Social.

The country ranked eighth globally for number of Facebook users, with Bangkok the city with the most active Facebook accounts.

In terms of mobile social media penetration (active accounts on top social networks in each country per capita), the global rate is 39%. 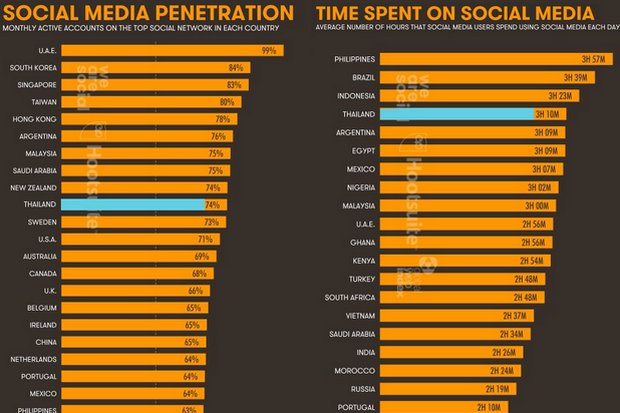 According to the survey, Thailand still ranked eighth in terms of active Facebook users, accounting for 2% of the global total, while Bangkok is the city with the largest number of active accounts -- 22 million.

Instagram penetration in Bangkok is 19%, compared with the worldwide average of 11%.

"Only very small children and the very elderly don't have accounts, as Facebook requires users to be at least 13 years old. Some users have multiple accounts -- at least 2-3," said Mr Kla.

In some countries like the US and Canada, the number of Facebook users is contracting, but not in Thailand.

"Facebook in Thailand is dominated by users 22-40 years old, though the number of users in their upper 50s is increasing, while Instagram, Twitter, YouTube and Line TV will attract more teenagers," said Mr Kla.

Japanese and Korean celebrities use Twitter and other platforms with video content to communicate with their fans, he said.

Of Thailand's 48 million Facebook users, 32 million of them use the platform daily.

Mr Kla said changes to Facebook's news feed, whereby more posts will be shown from friends and family members and less advertising and marketing content will appear, has increased costs for brands to reach target audiences, pushing them to branch out across platforms.

More importantly, brands need to use advertising tools for segmentation, which is based on users' interests or behaviour rather than demography, she said.

The content must be of better quality to garner user engagement. 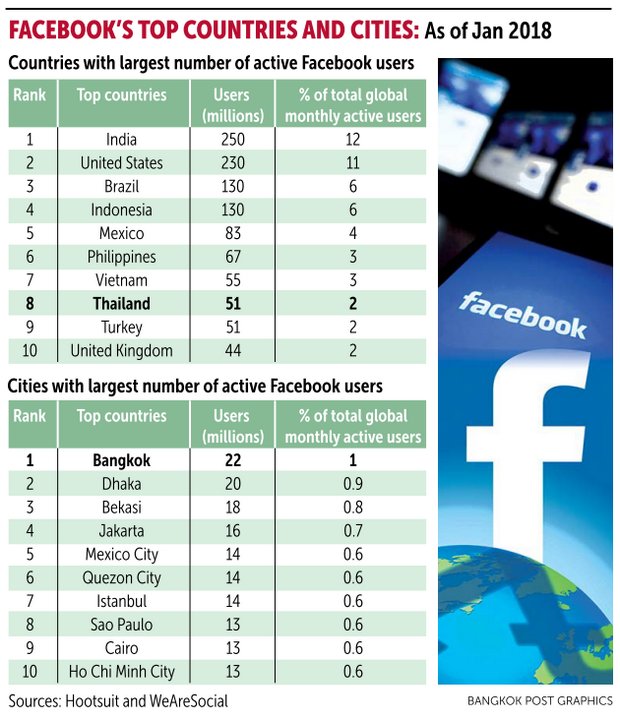