Bhutan blazes a trail for Asia in climate action
Business

Bhutan blazes a trail for Asia in climate action

Bhutan’s 800 million trees make it the world’s only carbon-negative nation - and a valuable global resource.

A pioneering initiative in the Himalayas could inspire Asia to act on climate change, argues Dr Wit Soontaranun from the DT Group of Companies’ Social Contributions Office.

In November last year, Bhutan, a remote Himalayan kingdom of about 800,000 people and 800 million trees, launched a 14-year initiative to save the planet: Bhutan for Life.

Amid alarming climate figures, the initiative’s goals include an objective the whole world can cheer – keeping the country carbon neutral forever.

Halting climate change requires us not only to stop pumping out greenhouse gases. We must also take emissions from the air. And here Bhutan is very special.

Contributors to Bhutan for Life mark the initiative’s start at a ceremony in Thimphu with the Queen of Bhutan Jetsun Pema Wangchuck (6th from right). Thippaporn Ahriyavraromp, Group CEO of DTGO, (5th from left) attended on behalf of the DT Families Foundation.

The kingdom may not be particularly large, covering 38,394 km2, about the area of Taiwan. Nor is it always enthusiastic about new ideas, only introducing television in 1999. But in one key measure it has a worldwide lead, as the planet’s only carbon-negative nation.

“Greenhouse gas emissions don’t need passports to cross borders,” he said. “And, likewise, if we can ‘fix’ carbon anywhere in the world, it benefits all of us. In Bhutan we are protecting the natural environment. But its trees are hugging us back by absorbing more than 6 million tons of carbon dioxide each year – four times more than the country emits.”

Dr Soontaranun’s involvement in Bhutan for Life is through the DT Families Foundation (DTFF), which participated in the project as the sole Asian foundation partner.

DTFF is a Hong Kong-based non-profit with a founding vision of creating a “healthy society and a sustainable world”. Having helped launch Bhutan for Life under an innovative financing mechanism, the foundation is eager to support similar efforts in the region.

“Bhutan for Life is already bringing benefits to the wider world,” said Dr Soontaranun. “But the project could also provide a valuable prototype for Asian countries – perhaps Thailand.”

Bhutan for Life was formed as a joint project between the Bhutanese Government and the World Wide Fund for Nature (WWF). Both have much at stake.

From WWF’s perspective, Bhutan is a vast store of pristine nature, with Asia’s highest proportion of forest cover at 70.46% and almost 5 million acres of protected land.

Bhutan rises from subtropical plains in its south to snow-topped peaks in its north. Across its unspoilt landscapes roam conservation A-listers such as the Bengal Tiger and Asian elements. In overall biodiversity, the country ranks within the global top 10.

For Bhutan, meanwhile, the heritage at stake includes the ‘gho’ – a knee-length robe sported by its menfolk and an eye-catching symbol of its dogged determination to stay different.

Launched in the 1970s, GNH runs counter to conventional measures such as GDP. GNH aims instead for "sustainable and equitable socio-economic development; environmental conservation; preservation and promotion of culture; and good governance".

Bhutan for Life aims to ensure both the country’s tigers and its men’s calves stay at liberty for generations to come.

“One of the areas where we see Bhutan for Life as a valuable model is the combination of environmental preservation with sustainable development,” said Dr Soontaranun.

“Proper management of protected areas will protect the network of forests and rivers against poaching, illegal logging, and other threats, preserving wildlife and keeping the country carbon negative forever. But Bhutan for Life will also help preserve the livelihood of the people, enabling its heritages to carry into the future.”

Bhutan for Life takes a funding approach known as Project Finance for Permanence (PFP). WWF has used this so far in three countries, including a USD215 million fund to protect 150 million acres of the Brazilian Amazon.

Bhutan for Life debuts this approach in Asia, kicking off with a USD43 million fund gathered by the Royal Government of Bhutan, the WWF, donors, and partners from around the world.

This funding will be combined with USD75 million from the Bhutan government over 14 years. External funding will drop off and Bhutanese government support will pick up. At the end, Bhutan will carry the initiative forward alone, having achieved financial sustainability, in part through ecotourism.

DTFF in the meantime will be bringing ideas and expertise from Bhutan to its activities in Thailand.

“Our foundations are helping hilltribe students learn English and Thai and to develop their logical decision-making to gain an appetite for life-long learning,” said Dr Soontaranun.

“We have flown in Bhutanese teachers to help with this. We will be seeking to build further links to drive sustainable development and help underprivileged groups in both countries.” 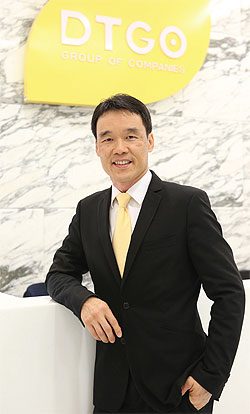 Dr Wit Soontaranun ‘Our goal is to find like-minded friends around the world who share our vision and can work together with us.’

For the DT Group of Companies (DTGO), social contribution is part of business. But the group also dedicates 2% of its topline revenue to supporting not-for-profit activities. Channelled through two specialist foundations, these funds go towards initiatives in education, the environment, and healthcare.

An overarching aim is for people to reach their potential, both intellectually and morally, said Dr Wit Soontaranun, Executive Vice President of the Social Contribution Office at DTGO Corporation Limited (DTGO).

“DTGO aims to be a community of ‘smart and good-hearted people’,” he said.

“That’s also how we want the world to be, with everybody realizing their full potential and playing their part to achieve a sustainable society.”

Working well with others

Both foundations seek collaborations to enhance their effectiveness.

“Our goal is to find like-minded friends around the world who share our vision and can work together with us for greater impact,” said Dr Soontaranun.

“Ideas from various people around the world can generate a social movement to reinforce social operations,” said Dr Soontaranun. 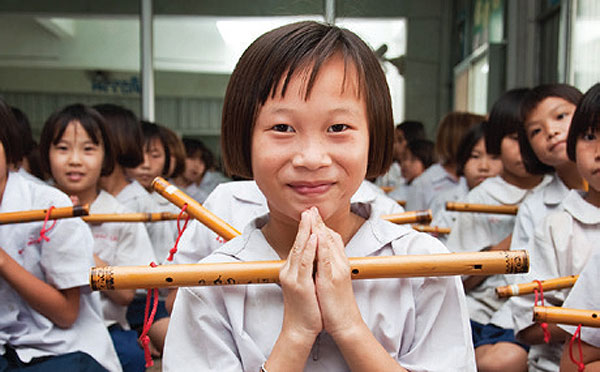 DTGO aims to improve life chances for the young.

Both foundations have a focus on improving life prospects for underprivileged children and youths.

The Buddharaksa Foundation has worked in this field with organisations such as Wat Sakaeo School, Bang Sadej Wittaya School, and Dhummajarinee School. The foundation also partners with governmental organisations, such as the Royal Thai Army and the Border Patrol Police, to extend its support to the underprivileged in the remote areas of Thailand.

Associated with their work in education, the foundations care a lot about early childhood development.

“From the birth of a baby up to nine years is the most important period to cultivate skills in communication and logic and a hunger for knowledge,” said Dr Soontaranun.

“The environmental aspect is important as well. If smart and healthy children are living in a polluted environment, they will never have a good quality of life. So we have to work on environmental issues to help students live in a healthy environment.” 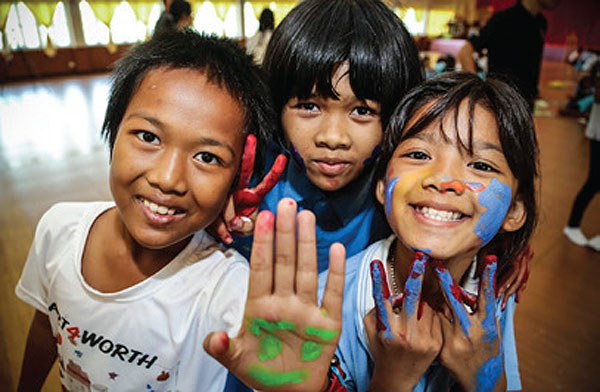 Buddharaksa Foundation also provides educational funds and support across Thailand to underprivileged families and to orphans and children with health problems or disabilities.

The foundations have also helped develop sustainable projects in schools such as ‘Raising Egg-Laying Hens for Student Lunches’ and ‘Sufficiency-Based Agriculture and Cooperatives’.

Another initiative for the young is Art4Worth, a scheme that takes leading artists to schools in underprivileged communities.

“The idea is to uncover hidden talents and build the self-worth of children who don’t excel in other areas,” said Dr Soontaranun.

“But we also show groups of disadvantaged children such as orphans that they are valued. They can see that people care enough about their welfare to come to teach them and organize fun activities.”

PUTRAJAYA (MALAYSIA): Malaysia’s top court on Thursday began hearing ex-leader Najib Razak's appeal to overturn his jail sentence for corruption in a high-stakes legal gambit that could see him locked up or potentially launching a political comeback.