The Securities and Exchange Commission (SEC) will examine all initial coin offerings (ICOs) and reprimand companies that are not in compliance with the upcoming ICO regulatory framework by issuing utility digital tokens instead of securities tokens.

"We have told companies planning to issue ICOs they should not try to evade regulations [by issuing digital tokens considered as securities tokens] as they will be in violation of the Securities and Exchange Act," said SEC secretary-general Rapee Sucharitakul in an exclusive interview with the Bangkok Post.

"No matter what [business] space a company is involved in, if its [ICO offering] is associated with [raising funds by issuing] securities and the company does not comply, then it is illegal."

Mr Rapee noted the case of Kanyakorn Supakarnkachareon and how her company, Lederer Thailand, were fined for persuading people to make an investment with the company via social media. She had promised the firm would repay the principal and generate guaranteed returns every 30 days until the investment contract expired.

Ms Kanyakorn had earlier stated the scheme was a direct sale as opposed to raising funds through securities issuance.

There are many returns that can be derived from ICOs. They could be in the form of a utility such as a coupon used to buy products or services, the right to own a specific asset, or the right to receive revenue or profit-sharing without engaging in day-to-day operations, according to the SEC.

ICOs see a company, usually a tech startup, issue digital tokens, typically in exchange for a cryptocurrency such as bitcoin or ethereum.

Tokens can be used to buy future services from the issuer or can be sold to ostensibly reap a return.

ICO transactions are similar to crowdfunding, whereby the issuer presents a business model to investors, but the key differences are in that the raised funds are in the form of digital currencies using blockchain technology, and the deals are enforced using smart contracts.

Public hearings on the ICO regulatory framework, drafted by the SEC, recently completed the final round on Jan 22 after being extended twice.

Most market participants have agreed with the SEC on regulating ICOs through an "investment participation" tract.

In the case of Jay Mart Plc's JFin tokens, the company's white paper remains inconsistent, therefore the SEC will examine the finalised white paper and consider which ICO category the offering falls within, said Mr Rapee.

The company should consult lawyers to assess JFin's criteria, he said.

"If the company tries to evade [its ICO securities offering by issuing utility tokens instead], then this would violate the Securities and Exchange Act," said Mr Rapee.

Jay Mart has insisted it will move ahead with selling its JFin digital currency through an ICO as scheduled in February and March, with company officials voicing confidence that the plan will comply with soon-to-be-launched regulations. The company's ICO pre-sale will begin this tomorrow.

Mr Rapee said financial regulators cannot block cryptocurrency transactions as they are traded through online platforms, but the SEC is trying to educate and protect investors as much as possible.

"Traditional business operations and the physical trading world are faced with digital counterparts, so only time and customer behaviour will tell how the platforms will move, and whether they will go hand-in-hand," he said. 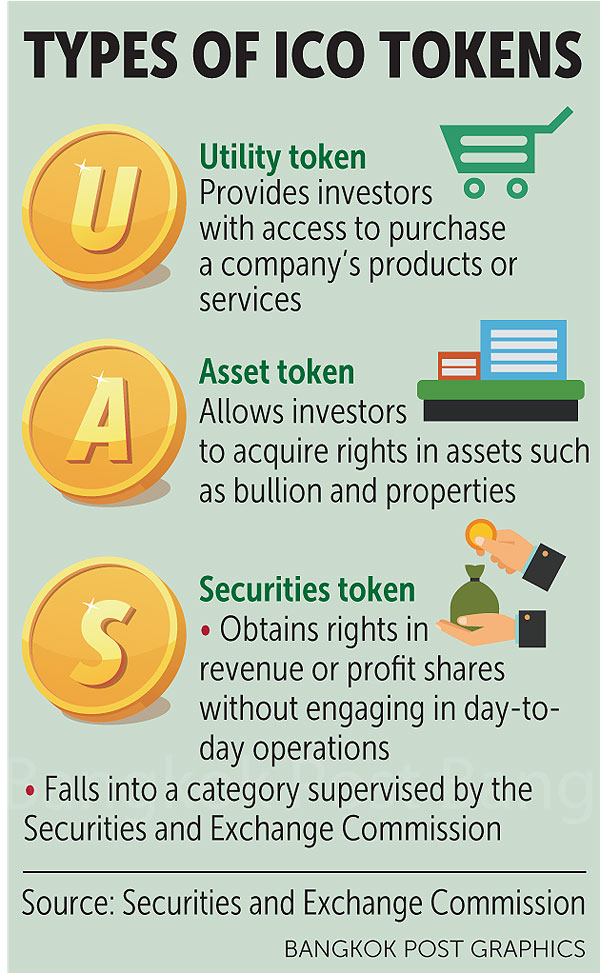