Thailand's first initial coin offering (ICO) issued by a SET-listed company will test the waters Wednesday, but plans to launch additional domestic ICOs may not be easy to navigate until the regulatory framework becomes clearer, says an investment consultant.

SET-listed Jay Mart Plc plans to issue pre-sales of its JFin coins Wednesday until Feb 28 through its subsidiary J Ventures, with an official ICO set to commence on March 1 until March 31.

J Ventures has created 300 million digital tokens, with 100 million JFin coins to be offered in the first phase.

Capital market investment consultant Tanut Sirivarangkul said many companies are planning to launch ICOs, but such prospects could be derailed after the Bank of Thailand's request that all financial institutions in the country refrain from involvement with any aspect of virtual currencies.

Many domestic ICOs in the pipeline could be delayed until the regulations become clearer, but those planning to launch ICOs in the global market can still do so, Mr Tanut said.

"I am interested in bringing some fintech startups to raise funds through ICOs, but I am still waiting for the Securities and Exchange Commission's [SEC's] final regulations," he said. 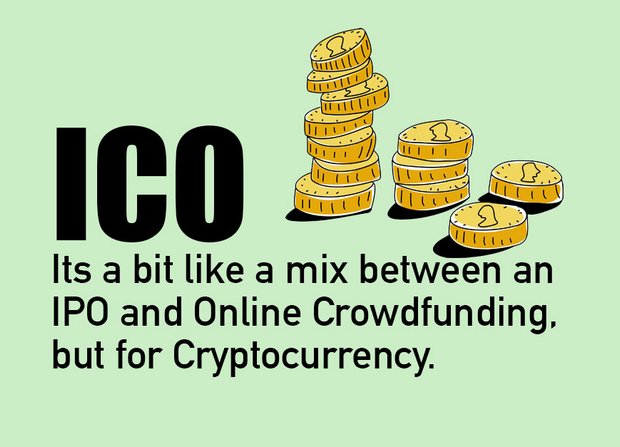 Some of the ICO projects are related to human resources, such as payroll systems and tax planning, Mr Tanut said.

"Digital money and ICOs are issues that all regulators cannot avoid because they will become more prominent in the future, while funds raised from ICOs dwarf venture capital by 4-5 times," he said.

ICO transactions are similar to crowdfunding, whereby the issuer presents a business model to investors, but the key differences are that the raised funds are in the form of digital currencies using blockchain technology and the deals are enforced using smart contracts.

The final round of public hearings on the ICO regulatory framework, drafted by the SEC, was completed on Jan 22 after being extended twice.

Most market participants have agreed with the SEC to regulate ICOs through an "investment participation" tract.

There is no legal framework to supervise digital assets, enabling companies to be involved with cryptocurrencies and ICO offerings, said SEC secretary-general Tipsuda Thavaramara.

But investors have to be careful and understand investment risks and returns associated with these digital assets, Mrs Tipsuda said.

The ICO regulatory framework is expected to be announced next month, she said.

Despite concerns over ICO hiccups, the Bank of Thailand's circulation to all financial institutions on cryptocurrencies does not ask banks to block payment services to customers investing in cryptocurrencies and ICOs, said a central bank official who requested anonymity.

According to the letter, the central bank has sought cooperation from financial institutions to refrain from investing and trading virtual currencies, avoid providing cryptocurrency exchange service through their channels, and refrain from creating platforms to facilitate cryptocurrency transactions for customers.

The central bank has requested that all financial institutions be more cautious in providing deposits and lending services to be used in cryptocurrency transactions by strictly complying with the Know Your Customer and Customer Due Diligence practices.

Predee Daochai, chairman of the Thai Bankers Association, said banks will comply with the central bank's request to avoid cryptocurrency activity. Banks have no exposure and involvement in digital currencies, as their prices are not based on any fundamental.

Most importantly, digital currencies are not legal tender, while financial institutions and consumers do not have enough knowledge and expertise in virtual currencies.

"Basically, we [banks, investors, and consumers] should not [be involved with] service, trade and investment in unknown [territory]," Mr Predee said.

To comply with the central bank's request, banks and their subsidiaries need to adjust some operational practices such as blocking credit card transactions involved with cryptocurrencies, he said.

Mr Adisak said he and a Thai Digital Asset Exchange executive, in a secondary exchange for JFin coins, had a meeting with the central bank on Tuesday about the company's ICO.

"The central bank did not impede our ICO plan," he said. "From the meeting we understood that the central bank is concerned about cryptocurrencies whose issuers cannot be identified."

The central bank has not halted transactions by digital coin holders via financial institutions, as this would affect the entire ICO ecosystem.