The Thai Digital Asset Exchange (TDAX) is postponing registration and trading of new initial coin offerings (ICOs) by two weeks as the exchange awaits a clearer regulatory framework from the Securities and Exchange Commission (SEC). 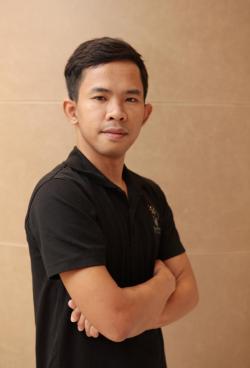 Poramin: JFin coin will not be affected

Although there are five or six ICOs in the pipeline, the exchange has decided to impose a two-week postponement because market participants expect the SEC to unveil its ICO regulatory framework soon, said Poramin Insom, TDAX's founder and chief executive.

TDAX is a privately owned Thai exchange for digital assets.

"We are waiting for the ICO regulations from the SEC," Mr Poramin said.

TDAX recently completed an ICO for 100 million tokens of JFin coin by J Ventures, a subsidiary of SET-listed Jay Mart Plc, at 6.60 baht per token.

"JFin coin will not be affected, as this ICO was fully subscribed to on Feb 16, while the first trading day will be held on April 2," Mr Poramin said.

A source in the ICO industry said the Finance Ministry has given the SEC authority to handle all securities-related regulation.

The SEC is expected to issue a regulatory framework on March 8, followed by a fintech bill.

The ICO regulations are focused on supervising online exchanges, which will have to register themselves with the SEC, the source said.

Previously, SEC secretary-general Rapee Sucharitakul said the ICO regulatory framework was expected to be concluded in the first quarter and would be implemented in the following quarter.

Public hearings on the ICO regulatory framework, drafted by the SEC, recently completed their last round on Jan 22 after being extended twice.

Most of the market participants have agreed with the SEC on regulating ICOs through an "investment participation" tract.

The tract requires ICOs to be done through an ICO portal, which must originate in Thailand with a minimum registered capital of 5 million baht.

But market participants have different opinions about the limitation for retail investors and ICOs.

At present, there are two private exchanges for cryptocurrencies in Thailand. Bitcoin Co Ltd Thailand (http://bx.in.th) is another digital exchange besides TDAX.

The BX is larger than TDAX in terms of trading volume. The expectation is for many cryptocurrency exchanges to be established in Thailand this year.

Another ICO source said the Stock Exchange of Thailand will be disrupted if the SEC does not launch regulations to supervise ICO transactions, as startups can raise funds from other digital exchanges abroad.

The source said the ICO regulations are likely to cap individual investment at 300,000 baht.

"But this amount for individual investors is very tiny," the source said. "Hence, you will see many Thai startups registered in foreign countries such as Hong Kong and Singapore to raise funds outside of Thailand's legal jurisdiction."