Despite high levels of investor interest, transaction volume in 2018 is unlikely to match last year as fewer investment-grade hotel assets are on the market this year, said property consultancy JLL.

Data from JLL's Hotels and Hospitality Group shows 12 hotel assets were sold last year with a combined value of 17 billion baht. This is a 70% jump from 2016 and is 39.7% higher than the five-year average annual recorded between 2012 and 2016 of 12.2 billion baht.

By value, Bangkok dominated the investment activity with six hotel assets sold for 14 billion baht, accounting for nearly 80% of the market.

The six assets are: the Edition hotel at Thailand's iconic Mahanakorn development, sold to a US private equity fund together with its observation deck; a 34-storey partially completed structure on Sukhumvit Soi 27 sold to Carlton hotel group from Singapore; the former Premier Inn on Sukhumvit sold to V Hotel Group from Singapore; Somerset Lake Point sold to JR Kyushu from Japan; Swissotel Nai Lert Park sold to Bangkok Dusit Medical Services; and a serviced apartment in Thong Lor sold to a private investor. 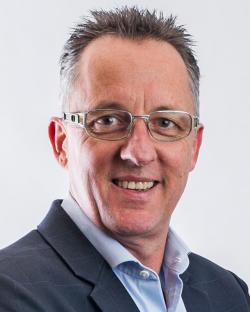 Batchelor: Outlays to taper off in 2018

Some of the major transactions outside of Bangkok included Dusit Island Resort Chiang Rai, Pilanta Resort on Phi Phi Island, and Premier Inn Pattaya, which was acquired as part of a portfolio by Singapore's V Hotel Group.

There was also an increase in foreign investment last year, accounting for more than 50% of trade value. Buyers from Singapore, Japan and the US dominated the investment activity.

The Tourism and Sports Ministry reported over 35 million visitor arrivals in 2017, up 8.6% from 2016 and an increase of more than 10 million in the last three years. The authority expects 37.6 million visitors in 2018.

"Bangkok was crowned the most-visited city in the world by Mastercard, where visitor numbers surpassed the 21-million mark on international tourist arrivals last year. Bangkok's reputation should be burnished as a culinary destination following the release of the first edition of the Michelin Guide for the city," he said.

"But improving connectivity is a key theme, with the planned and ongoing expansion of multiple international airports throughout Thailand, additions of new low–cost carrier routes and a high-speed railway to enhance intercity connectivity."

Several airport expansions that are being constructed or nearing completion will help increase Thailand's capacity to accommodate more visitors.

Capacity for Don Mueang and Suvarnabhumi together will be 100 million passengers.

In 2018, U-tapao airport, near Pattaya, will see a further expansion come online. Khao Lak may get its own airport in the future as the potential development of the Phang Nga airport is under review, pending approval of its environmental impact assessment. There are also talks regarding an airport in Hua Hin.

"The unprecedented level of activity underlines Thailand as a market with strong investment fundamentals and a positive future outlook. But with limited availability of investment-grade assets on the market, we expect transaction volume in 2018 to taper off somewhat and normalise to around 10 billion baht," said Mr Batchelor.