Best Western Premier Himalai Phuket is expected to open in the second quarter of 2019.

Best Western Hotels and Resorts has planned a big move to capitalise on growing tourism in the Thai market, aiming to open at least 16 hotels here by 2020.

Olivier Berrivin, managing director of international operations for Asia, said the group has signed management contract and franchise agreements for eight hotels in the country, all scheduled to open 2018-2020.

These new hotels will be located in major tourist cities: Bangkok, Phuket, Pattaya and Chiang Mai. The eight properties will have a total 1,566 rooms.

Mr Berrivin said one of the properties will be a new brand called Vib, introduced in Thailand for the first time. The Vib Sanampao, with 89 rooms, is set to open in Bangkok in the third quarter this year.

He said the American hotel group is also working on eight more projects, mostly under management contracts, to be signed by 2020. These additional projects are expected to total 840 rooms, located in Bangkok's Sathon, Pattaya, Hua Hin, Phuket and Chiang Mai.

He said the expansion in Thailand is to cope with the growth of tourism and the hotel business.

"There are more foreign tourists coming and more domestic tourists that have yet to travel. Thailand is not only one of the most visited countries in the world but it is able to offer a vast range of facilities such as shopping malls. Many infrastructures are being developed, including airports and mass transit systems, and that will help facilitate tourists," he said.

The hotel business in Bangkok is facing difficulties, with a glut of new hotels opening in recent years and many more planned for the near future. But Best Western is confident it can deal with the tough competition, with most of its properties focusing on the mid-priced segment.

Hotels in some areas in Bangkok are facing extremely tough competition. For instance, the Ploenchit area is already packed with luxury hotels, with limited market demand.

The area should have more midscale or budget properties to serve lower spenders, Mr Berrivin said.

"Having too many hotels in the same category in the same area is not good for investors. Other areas still have plenty of room to grow for mid-scale to budget hotels," he said.

Mr Berrivin said more than 75% of the 37 million arrivals to Thailand come through travel companies, which means they stay at midscale and budget hotels.

"This is a major reason for us to maintain mid-scale hotel developments in Thailand," he said.

However, the group is revising its corporate strategy for the Thai market by shifting its focus to management deals, which help generate more revenue than franchise models. Best Western aims to increase the percentage of hotels it manages from 20% to 50% of its portfolio by 2020.

Mr Berrivin said Best Western plans to open hotels in other key markets across Asia such as Japan, Vietnam, and the Philippines.

Over the next few years, the group expects to open 2-3 hotels in Vietnam, two in the Philippines and eight more in Japan.

In order to maintain the company's workforce, it has been operating human resource development through its "Icare" training programme, which has a commitment to improve service standards, help enhance brand equity and increase member value. 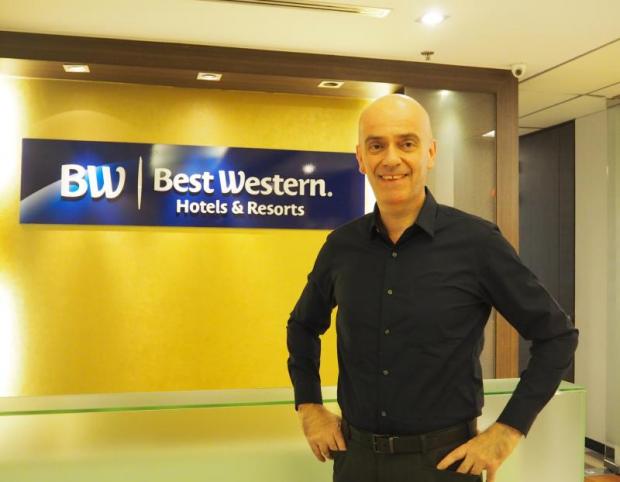 Mr Berrivin says the Thailand expansion is to cope with the growth of the tourism and hotel business. 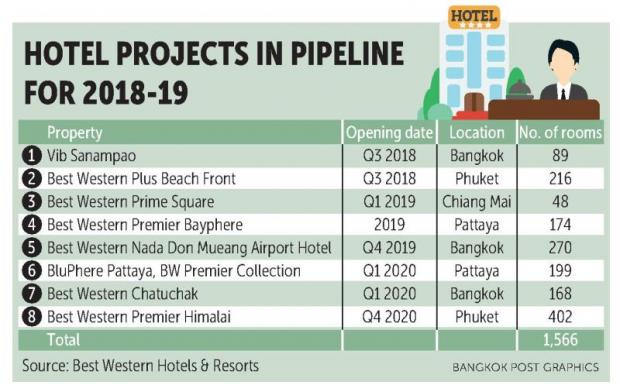