Hilton plans to introduce a new brand to Thailand -- Hilton Garden Inn -- in 2020. The property is intended to attract independent travellers and those coming on business. 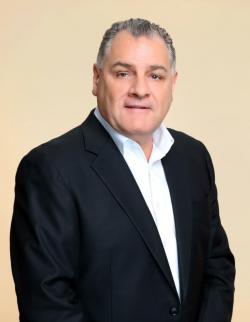 Mr Hutton says the Hilton Garden Inn in Phuket is part of a broader Thai expansion.

"Thailand's economy is stable and the tourism industry is growing 9% annually," said Paul Hutton, vice-president of operations for Southeast Asia. "The country also offers a wide range of attractions for tourists and facilities for business travellers."

On account of these factors, he said the time is right for Hilton to expand its presence in Thailand and introduce more brands to the market.

An American hotel chain will be managing the first Hilton Garden Inn at Bang Tao, a popular beach in Phuket province, when it opens in 2020.

The 177-room property is set to serve tourists and business people from emerging markets like China, as well as those from mature markets like Europe.

Mr Hutton said Hilton also plans to open its second DoubleTree by Hilton, with 251 rooms, in the Phloenchit area this year. Renovations on the property, formerly the Majestic Grande Hotel, were recently completed.

The Hilton Phuket Patong is set to open some time thereafter.

"The signing of a management contract for the four hotels puts a stamp on our plans for further expansion in Thailand, bringing Hilton's overall footprint, both those up and running or under development, to 12," Mr Hutton said.

Peter Webster, regional general manager for Singapore, Thailand and the Philippines, said Hilton has inked two management agreements, one with Majestic Grande Co for the DoubleTree by Hilton in Phloenchit, and the other with Stone Bitters for the Hilton Garden Inn in Phuket.

The company's expansion into Thailand comes as the country registered 35 million visitor entries in 2017 -- roughly half the population.

The opening of the Waldorf Astoria Bangkok this year is intended to cement Hilton's multi-brand presence in a country as tourism growth continues.

The group is seeking opportunities and partners in key markets, including Chiang Mai, Chiang Rai, Pattaya and Hua Hin.