Tourists enjoy stunning scenery above the clouds at the fifth station, the starting point for an ascent of Mount Fuji in Japan. Peerawat Jariyasombat

Japan is in the midst of a historic tourism boom, thanks to a weaker yen and eased visa restrictions, prompting the government to set some even more ambitious targets. The foreign influx could not come at a better time, given that the rapidly ageing society is looking for new drivers to reinvigorate its economy.

When stories surfaced a few months ago that Japan was experiencing a shortage of samurai and ninja, most people thought it was a joke. But it's not. Tourist attractions are struggling to recruit sufficient people capable of showing off traditional skills to visitors looking to experience Japanese culture. The rising number of tourists from Asia, which already accounts for more than 80% of all visitors, is the main driver of demand.

Last year, the world's third-largest economy attracted 28.7 million tourists, up 19.3% from the previous year. Japan has tripled its number of visitors in the past five years, helped by a massive promotional drive that continues to gain momentum in the countdown to the Olympic Games in Tokyo in 2020. The weak yen and wider availability of visas on arrival have also been big push factors.

As for the samurai shortage, companies such as Yumenoya Entertainment are being hit hard, the Nikkei Asian Review reported recently. The firm offers cultural experiences to travellers and employs samurai performers to showcase their martial arts skills. It is now offering on-the-job sword-fighting and sword dancing training for people who want to fill the role.

Among the major visitor markets, South Korean tourists are significant contributors. During the first 10 months of last year, 5.84 million South Koreans visited Japan, compared with 4.17 million a year earlier. The worsening relationship between Seoul and Beijing has played a big role in this changing trend, as has the availability of low-cost carriers.

The key destinations for South Korean travellers are in the Kansai area in western Japan, apparently due to the proximity of Kansai International Airport where there are many low-cost airlines available, Kyodo News reported. South Koreans are attracted by eased visa issuance and better duty-free benefits, along with Japanese cuisine and culture popularised in TV dramas.

Thai travellers have also been flocking to Japan in droves and their number is expected to exceed 1 million this year. Data released last week by the Japan National Tourism Organization (JNTO) showed that Thai arrivals in 2017 totalled 987,100, an increase of 9.5% from the year before.

Chinese tourists, however, is still account for large portion of Japan's inbound tourism. The number of Chinese travellers grew about 15%, versus 40% for South Korea, in 2017 from a year earlier and they remained the biggest spenders in Japan. However, tourists from other parts of Asia also have not shied away.

According to preliminary data released by the Japan Tourism Agency, overall tourist spending increased 17.8% from 2016, reaching ¥4 trillion (US$38 billion). However, per capita spending decreased 1.3% from the previous year to ¥153,921.

"A big reason is that visitors are taking shorter trips, the average number of nights spent in Japan went down from 10.1 in 2016 to 9.1 in 2017," Akihiko Tamura, commissioner of the Japan Tourism Agency, said in January. "Part of that is attributed to the huge increase in travellers from South Korea, who tend not to stay long because of the two countries' proximity."

Mr Tamura further noted that tourists used to regard Japan as too expensive and difficult to visit. But after 20 years of on-and-off deflation, it is now more affordable. Given the explosive growth in shopping by Chinese tourists, the sight of Chinese-speaking staff at shopping malls and department stores in Japan is no longer a rarity.

Culinary tourism has massive potential for Japan, especially among Asian travellers. According to a survey by the Ministry of Agriculture, Forestry and Fisheries in 2015, there are nearly 89,000 Japanese restaurants abroad, and about half of which are in Asia. The data also indicated that visitors to Japan spent ¥345 billion ($3.2 billion) last year on food bought to take home, an increase of 19% from 2016.

Among the food they purchased, confectionery accounted for 46%, with beverages making up much of the rest. This is a very positive aspect for the economy as the government wants to increase exports of farm and food products. The target is set at ¥1 trillion in 2019 or a 20% increase from 2017.

To achieve the ambitious target of 40 million foreign visitors as well as to double the amount they spend to ¥8 trillion by 2020, the government needs to find ways to create more attractions. There is a limit to how much people will spend on souvenirs, gadgets or food, so spending on nightlife or other experience services will be the key.

A group of Liberal Democratic Party lawmakers has submitted a proposal to improve the economic potential of nighttime activities which includes an extension of business hours for cultural facilities as well as other entertainment providers.

"Japanese people have a sense that they should sleep at night, so Japan lags behind when it comes to providing nighttime entertainment. It is important to raise our cities' nightlife potential," Tsukasa Akimoto, state minister of Land, Infrastructure, Transport and Tourism said in an interview with The Straits Times newspaper of Singapore.

However, transport could be a challenge as few railways and buses operate around the clock, and railway companies appear reluctant to change their operating hours. 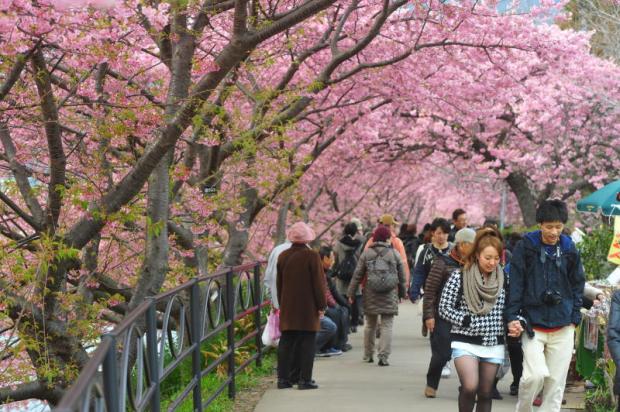 To achieve the government's targets by 2020, there are few challenges the tourism sector will need to overcome. The first is to diversify its visitor portfolio to be more balanced so that it does not rely so heavily on East Asia.

"Having more than 70% of tourists coming from East Asia alone is an imbalance. Other top-tier destinations have a more diversified visitor portfolio, with a higher ratio of tourists from outside of their own region," said a study conducted by McKinsey Japan in October 2016.

The same report suggested that this lack of diversification and increasing dependence on Chinese tourists poses risks as it will be difficult to shift behaviours and preferences. Moreover, a change in the political environment could disrupt the tourism industry. It is important that Japan put greater effort into attracting more western tourists and others, it said.

The second challenge is skewed regional distribution of tourism receipts. According to the report, three prefectures -- Tokyo, Osaka and Kyoto -- account for 28% of the country's gross domestic product (GDP) but 48% of all inbound tourist stays and 60% of inbound tourist expenditure.

Other destinations such as China, German and Italy, meanwhile, have succeeded in luring visitors to visit not only their popular urban areas but also attractions in local areas.

Another notable challenge is capacity constraints. Currently, the hotel occupancy rates in Tokyo, Kyoto and Osaka exceed 80% and the mix of hotel rating levels is not optimised to meet the demand for varying price points and experiences.

A similar story is seen at the top two airports in terms of the number of domestic and international flights. Airport utilisation is approximately 95% at Haneda and 86% at Narita. With the record-breaking visitor growth that Japan is currently experiencing, over the next several years capacity constraints will become a serious obstacle.

Nevertheless, there are some positive signs which indicate that Japan is willing to embrace a more open culture, particularly on the language front. The government has also been working on improving standardised English for road signs to help foreign tourists get around more easily. According to the Metropolitan Police Department, by the time the Olympics open in 2020, about 35,000 of the 140,000 stop signs in the capital will be bilingual.

The government of Prime Minister Shinzo Abe has now placed tourism at the centre of its growth strategy. And judging from the results so far, Japan is certainly on the right track. The country reached its goal of 20 million annual tourists by 2020 five years early, and now is on its way to the new ambitious objective of 40 million.

And after many decades in which Japan ran a large deficit in tourism, it now has a surplus in its travel account. Whether tourism will continue to grow sustainably in the future is still unknown but it has certainly become a bright spot for the Japanese economy.