The telecom regulator has finally backed off support for assisting the country's two mobile giants after facing weeks of heavy criticism from academics and the public sector, who argue that Advanced Info Service (AIS) and True Move have not suffered enough to warrant support. The National Broadcasting and Telecommunications Commission (NBTC) will no longer back the plan to relax the two companies' 900-megahertz licence payment scheme.

"The state must decide if the measure is in the public's interest. The National Council for Peace and Order [NCPO] and the government must decide if they agree with the arguments against the planned assistance," said NBTC secretary-general Takorn Tantasith.

"The NBTC will not oppose a plan that leaves out the 900MHz licence winners while invoking Section 44 to ease the financial burden of existing digital TV operators." 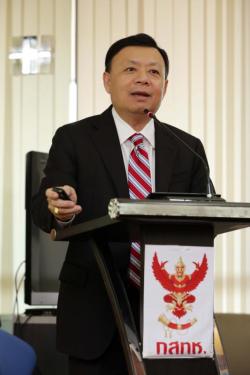 Mr Takorn said assistance for both terrestrial digital TV operators and the winners of 900MHz licences were initiated by the private sector, not by the NBTC.

Mr Takorn held an urgent press conference Monday after heavy criticism from academics through social media and public opposition to a plan aimed at granting five-year extensions for the payment of the final instalments for the 900MHz band licences.

"Don't focus too much on the NBTC. We have no objections if the government helps them or ignores their requests," he said.

Mr Takorn said the NBTC did its best to propose assistance for digital TV operators and the 900MHz licence-holders to the NCPO. However, the NBTC does not hold sway over the government's consideration of the issue.

He said assistance for the digital TV operators and the two telecom operators are separate from each other, not a bundled proposal. NCPO can consider helping one or both industries depending on the government's decision.

Mr Takorn said academics or public actors who have pertinent information should propose it to the government or Finance Ministry, not the NBTC, which is an agency that makes proposals to the state. 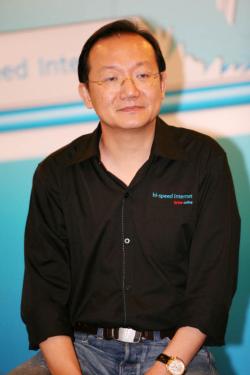 The conference came after the company and AIS released identical letters to the media last Thursday, defending criticism over assistance from the NBTC.

Mr Vichaow said True did not ask for a reduced licence payment, but for an extension of payment for the final instalments, with interest.

Without assistance, True may be crippled by the financial burden as the company will have limited capital for investment in innovative services including Internet of Things and 5G wireless broadband service, said Mr Vichaow.

More importantly, he said paying the instalments will result in True being hampered in participating in the auction of 1800-MHz spectrum licences.

"What happens in the next auction is under the [NBTC] board's consideration, however, assistance from the government can eliminate the financial difficulty," he said. 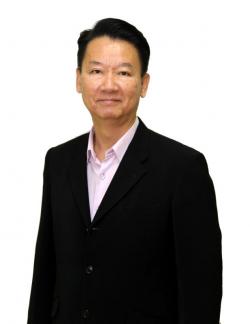 Weerawat: Waiver will help the country

AIS said a relaxation of the 900MHz spectrum payment scheme will allow the company to expand its mobile network and upgrade technology, which should translate into benefits for the country.

"Waiving the spectrum auction payment will benefit the country as a whole," said Weerawat Kiatpongthaworn, chief corporate officer of AIS. Among other things, it will allow AIS to build a budget to participate in the next NBTC auction.

It is a critical time for telecom investment, Mr Weerawat said. Many cutting-edge business developments and governmental policies, including Thailand 4.0, will be driven by 5G.

AIS, however, will respect the government's decision if the state does not decide to approve the proposed payment modifications.

Mr Weerawat said AIS submitted a letter to the NCPO, requesting an extension for the auction's grace period.

"In the fourth quarter, the 900MHz band was priced higher than originally estimated," he said. 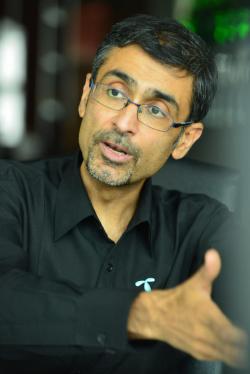 Meanwhile, Total Access Communication (DTAC) handed an official letter to the NBTC Office, requesting to have the proposed original draft auction rules for 1800MHz spectrum reviewed for the good of the industry.

Rajiv Bawa, DTAC chief of corporate affairs and business development, said the company believes the original draft auction proposal for 1800MHz spectrum needs substantial improvement if NBTC is to conduct a successful auction and maximise benefits for the industry, consumers and Thailand 4.0.

DTN, DTAC's subsidiary, maintains the reserve price based on the winning price of the last 1800MHz auction is not appropriate, as it was driven by a bidder who was unable to pay for the licence. As such, the proposed reserve price is too high.

The government should not set reserve prices at levels that are certain to leave spectrum unsold and unused, the company said.

The three proposed licences for 2x15MHz blocks are not practical when the different demands for spectrum of the potential bidders are taken into account, DTN said.

DTN also strongly disagrees with the proposed N-1 rule for the 1800MHz auction. It is widely known that Thailand needs to increase spectrum availability significantly to catch up with other countries, the company said. Contrary to this notion, the N-1 rule will increase the scarcity of spectrum as the number of licences sold will be less than the number of bidders.

"Both True and AIS have asked NCPO for relief in payment terms two years after the 2015 auctions. This is evidence financial pressure on the operators is extremely high. NBTC should review the payment terms in the upcoming auctions and make sure that they are established in a rational way," said the company.