Bangkok Post Group aims to bounce back this year on the back of an improving economy and the company's focus on digital and event businesses. 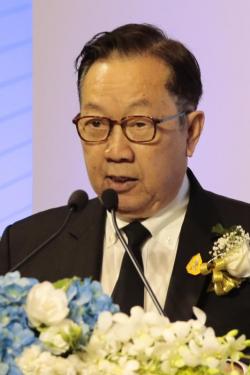 Chairman Suthikiati Chirathivat expressed confidence that the company stands to gain from its leadership position in the news and magazine business, particularly as the Thai economy in 2018 continues to improve.

With both the public and private sectors due to increase promotional and advertising spending, Mr Suthikiati believes the group is well poised to recover from a net loss last year.

According to the group's chairman, the company will leverage its strength as Thailand's leading news and content provider to actively push for new revenue streams from robust opportunities in digital business, event organising and partnerships with other leading companies.

"Bangkok Post Group's mission in providing high-quality content to consumers through a variety of media channels will remain unchanged," Mr Suthikiati said after the company's recent annual shareholder meeting. "We are aware of new consumer trends and behaviours, though, and we have reinforced our digital units accordingly."

In addition to the Bangkok Post, the group publishes the Thai-language business newspaper Post Today, the freesheet M2F and the magazine S Weekly. The group also publishes a range of leading international magazines, including the Thai editions of Elle, Elle Men, Elle Decoration, Cleo, Science Illustrated and Forbes.

Chokdee Wisansing, chief operating officer for the newspaper and magazine business, said event management will be an important source of revenue for the group, with a focus on four areas: business, entertainment, sports and lifestyle events.

"Over the years, we have built a reputation as major event organisers," he said. "The market response for our events has always been positive, both in terms of attendance and sponsorship."

The group is also consolidating its titles and focusing on digital media. The group closed Marie Claire and discontinued the licence agreement for Cycling Plus last year due to deteriorating sales, and also moved to merge Elle Men with Elle. Elle Decoration was made a bimonthly magazine. Digital strategy has been redefined and certain digital products have been revamped and enhanced.

Mr Chokdee said the group will continue to look to build new partnerships for growth.

"Change is inevitable and we believe we have embraced it well," he said. "With dedication and hard work, coupled with support from our business partners, we believe we see the light at the end of the tunnel."

Ad spending in 2017 fell by more than 3% from the year before to 111 billion baht, according to Nielsen Thailand. TV, radio, newspapers and magazines posted sharp declines as ad money shifted to digital media, digital TV, cinema and outdoor channels.