A jet takes off from Suvarnabhumi airport. (Photo by Somchai Poomlard)

The government's plan to spend more than 38 billion baht to renovate and expand 29 airports nationwide is a big step towards improving infrastructure, boosting air traffic in secondary provinces and strengthening local tourism business.

The investment will also give airlines a chance to expand their networks and let private jet firms extend more options to high-end travellers.

"We will renovate or expand 29 airports over the next 9-10 years under a budget of more than 38 billion baht," Mr Darun said.

The plan is aimed at increasing air travel capacity, enhancing connectivity among secondary provinces and linking small cities with the capital and other major tourist spots in Thailand and Southeast Asia.

The airport expansions are in line with the government's goal of boosting tourism in 55 secondary provinces by offering tax breaks of up to 15,000 baht for tourism spending made during trips to those provinces this year.

While the Tourism Authority of Thailand estimates that the tax campaign could draw at least 10 million visitors to the 55 provinces this year, the Airports Department also expects the scheme to spur use of domestic airports.

Airports that will see expansion include those in Krabi, Khon Kaen, Surat Thani, Ubon Ratchathani and Phitsanulok. Once the expansions are completed, these airports will have the capability to accommodate large aircraft such as the Boeing 747.

Some 29 airports will be improved to serve medium-sized aeroplanes, including in Lampang, Hua Hin and Ranong.

The department is currently expanding Mae Sot airport in Tak province, to be completed in 2019. In the South, Betong airport in Yala is under construction.

Airline operators are upbeat about expanding their networks into secondary provinces and plan to add new links such as Udon Thani-Chiang Mai and Ubon Ratchathani-Phuket, while using U-tapao airport as a new hub to connect with other provinces and overseas destinations.

Some airlines are also mulling whether to add commercial flights to Pattani, Tak and Chumphon provinces, Mr Darun said.

He said the department has encouraged investors to finance a private jet airport not far from Bangkok, perhaps in Nakhon Pathom, to capitalise on the growing high-end market.

Thai AirAsia sees the airport expansions as a great business opportunity. The budget airline vows to operate at all airports and take a lead role in booming domestic tourism.

Thai AirAsia operates at nearly every airport in the country, save for those in Hua Hin, Nakhon Ratchasima and Phetchabun.

One of the crucial projects in the government's much-touted Eastern Economic Corridor (EEC) is to pour 236 billion baht over the next five years into developing U-tapao airport and linking it with Suvarnabhumi and Don Mueang airports via high-speed rail. The effort is part of a push to make Thailand an international aviation hub.

The EEC committee also agreed to establish an "eastern aviation city", or Aerotropolis, in the vicinity of U-tapao airport, complementing infrastructure such as motorways, deep-sea ports and the high-speed railway linking the three airports.

"Thailand's aerospace industry is growing exponentially, with air traffic rising at a rate three times faster than the global market and doubling every 15 years since the early 1980s," Mr Wood said.

The EEC Aeropolis will feature an airport city surrounding U-tapao airport, plus industrial areas, an airline MRO centre (for maintenance, repair and overhaul), and facilities to support the tourism business.

According to Mr Wood, there will be an inner ring road stretching 10 kilometres from U-tapao airport to facilitate the aviation city, and an outer ring road to support logistics activities and connect companies with other transport systems in the EEC provinces of Chon Buri, Chachoengsao and Rayong.

The investment value of the MRO centre is expected to reach US$10.6 billion (349 billion baht) through 2024.

Major aerospace companies already present in Thailand's EEC area include Chromalloy, which supports commercial aviation engine manufacturers, and TurbineAero, which was chosen in February by Boeing to provide aftermarket support in the Asia-Pacific region.

The Board of Investment provided more information on investment opportunities in the aerospace industry and the MRO sector in Thailand at an April trade show in the US.

Chokedee Kaewsang, deputy secretary-general of the Board of Investment, said the passage of the EEC bill is a crucial development for the aerospace sector, which has been drawing strong foreign investment over the past few months.

In February, Rolls-Royce signed an agreement with THAI to offer testbed capacity for the airline, a move that the engine maker described as a crucial building block for its growth in Asean.

That same month, Airbus announced a partnership with Thai Aviation Industries in which Airbus will support all of Thailand's law enforcement and military helicopters for the next two years.

While infrastructure improvements are under way, the private sector is being urged to brace for digital tourism and the cashless society to keep abreast of market trends.

Kalin Sarasin, chairman of the Thai Chamber of Commerce, said the chamber and business allies have worked for a range of strategies under the Digital Tourism Platform set for launch this year. 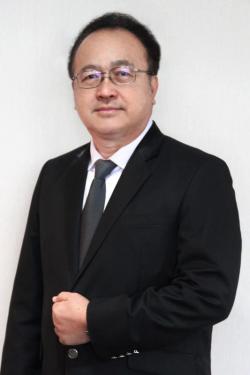 Mr Darun says his department has spoken with six airlines.

The first project, starting in the second quarter, will let foreign tourists claim VAT refunds at counters located in shopping centres such as Siam Paragon, CentralWorld, The Emporium, Central Chidlom and Robinson Sukhumvit. Later it will expand to other tourist destinations such as Phuket, Chiang Mai and Pattaya, Mr Kalin said.

The Amazing Thai Taste showroom will let operators showcase Thai food and use QR code for payment. That project will be launched by the third quarter of this year, along with the entertainment ticket that lets tourists buy entertainment admission online.

The last two projects, online hotel booking and online package and optional tour, are set to go live in the fourth quarter.

Mr Kalin said the Digital Thailand Platform is aimed at providing convenience to tourists during their stay in the country, especially those young travellers who use smartphones and digital devices.

The chamber's statistics show that 87% of tourists coming to Thailand use the internet for surfing information before booking, 64% of them do travel planning online, 43% of them read and study reviews before coming, and 42% purchase tourism services online.

There is work to be done to help tourists enter Thailand more conveniently, Mr Kalin said.

The Thai government earlier revoked the Tor Mor 6 immigration form for Thai people travelling in and out the country. The chamber proposes scrapping the form for foreigners as well.

Remodelling the old capital of Ayutthaya is one task, Mr Chanin said.

"Looking at Japan, they made their old capital Kyoto an attractive site that draws millions of visitors year round," he said. "Thailand should do the same."

Also, Hong Kong, Dubai and Singapore have been developing many new magnets to lure international visitors.

According to Mr Kalin and Mr Chanin, efforts to make Thailand one of the best destinations in Asia will only succeed with full cooperation between the government and the private sector.

The two agreed that the Thailand Riviera, a project that recently received the green light from the cabinet, could be a new magnet drawing tourists to the west coast of the Gulf of Thailand, home to Hua Hin and Cha-am.

The Thailand Riviera project was dusted off after the cabinet approved a high-speed railway linking Bangkok to Hua Hin. The study of the train project is under way, with bidding documents to be finalised and sent to the cabinet for consideration this year.

The government also has plans to extend the route of the high-speed railway from Hua Hin down to Chumphon and Ranong provinces. 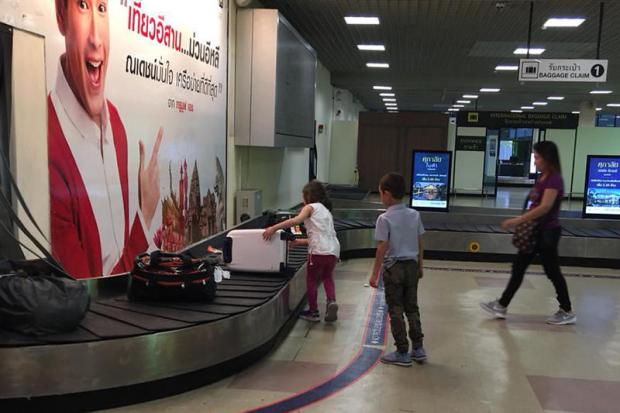 A passenger retrieves baggage at the Khon Kaen airport terminal. 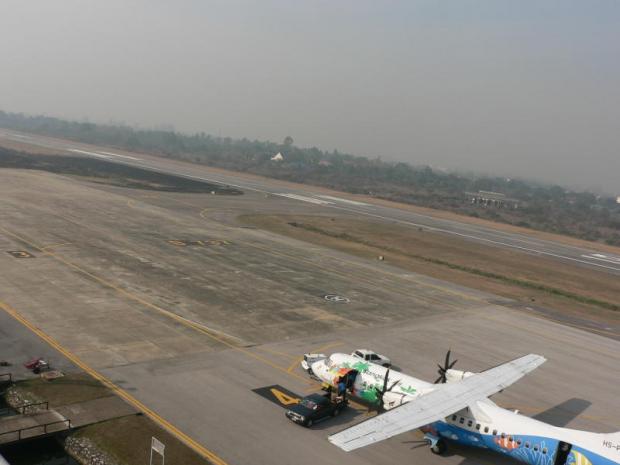 Lampang airport is among the medium-sized airports scheduled for improvements. ASSAWIN WONGNAKAEW 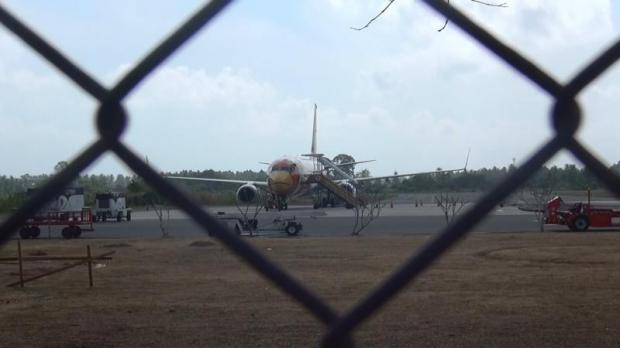 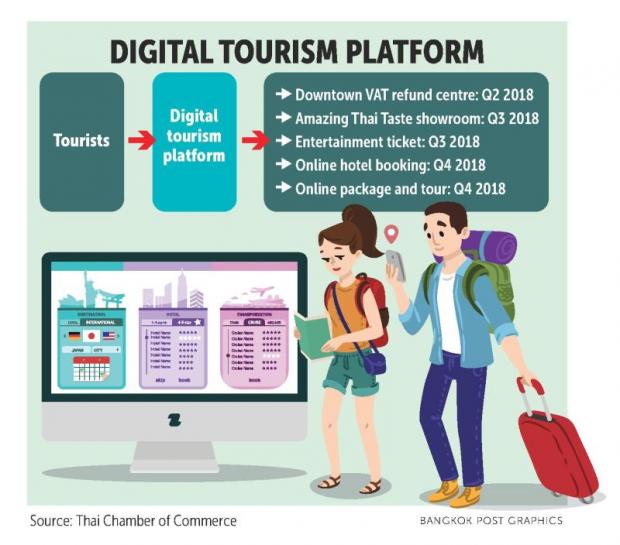