The Electricity Generating Authority of Thailand (Egat) plans to revamp its organisational structure and administration to prepare for disruptive technology in the country's energy sector. 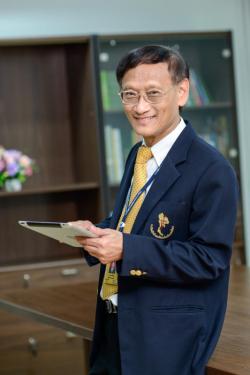 Mr Kornrasit says the power business is shifting towards generation via small grids.

Egat's board last week acknowledged the programme and aims to include wholly owned Egat International Co, whose administration is less flexible, making project development longer than that of private firms.

"It means that once Egat makes its business flexible, the state utility can more easily raise funds for future projects, as now it is strictly [bound to] the Finance Ministry's public debt regulations," Mr Kornrasit said.

He said trends in the industry are developing quickly, particularly for renewable energy, which entered the Thai market a decade ago.

Mr Kornrasit said disruptive technology has spread across the world, gradually shifting the power business from a state-controlled grid to small-grid generation via the business-to-business model.

He said Egat has acknowledged these changes, adding that technology can be applied to business administration to aid cost-cutting measures.

Egat tentatively looks to cut costs by scaling down staff.

Sirachai Mai-ngam, chairman of Egat's labour union, said that as part of the trim-down, Egat will not recruit new workers to replace the 1,300 people expected to retire this year.

For high-level executives, Egat will downsize the number of deputy governors from 12 to seven.

According to Thailand's national power development plan, Egat has four plants scheduled to operate during 2021-24, while two coal-fired power plants in Krabi and Songkhla have been postponed.

"This means Egat cannot construct large power plants over the next 6-7 years," Mr Kornrasit said. "The revamp programme has to comply with the new master plan, which is now being drafted by policymakers and is set to be finalised by August."