South Korea is shifting its economic focus from mostly developed countries in Asia, North America and Europe to Southeast Asia with its "New Southern Policy", which aims to strengthen economic ties with Asean to diversify its trade links, a Korean minister says.

However, the presence of major rivals such as China and Japan, which have already established strong ties with Asean, present a major challenge on the road to building a mutually prosperous community with the region, according to Paik Ungyu, Minister of Trade, Industry and Energy.

"Our economic policy has changed a lot under the guidance of the new president (Moon Jae-in)," he said during a recent visit to Thailand to mark the 60th anniversary of diplomatic relations between the two countries.

The Asean focus of the New Southern Policy, he said, can be seen in the expansion of the Asean departments at the foreign and industry ministries from just nine staff each to 22.

"In the past, we relied too much on [developed countries] and we are trying to shift some of the weight that we have put on them to Asean," he told Asia Focus.

Since Asean is home to 650 million people with a "dynamic" population and a combined gross domestic product of $2.5 trillion which is growing at 5-6% yearly, the bloc is actually comparable in size to other giant economies, he noted. 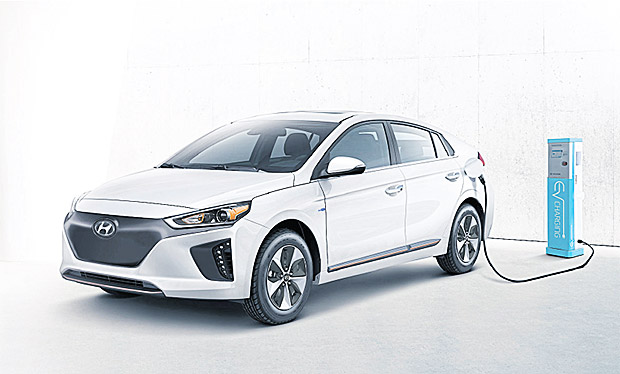 The Hyundai Ioniq electric car is available as an import in Thailand, and the South Korean company would like to pursue more opportunities to develop electric vehicles in Asean.

The Korean minister admitted that Japan is "a leader in many fields" in Asia and when it comes o investing in Asean. Nevertheless, the Seoul government is determined to expand its reach in Southeast Asia along with the Middle East and Europe.

"Asean is in proximity to Korea where the culture and the people are quite similar, and since we share this familiarity we should help each other and collaborate to expand our markets together," said Mr Paik.

The minister pointed out that there are some areas that both South Korea and Asean have "overlooked" in the past and they need to build a new and better relationship going forward.

Korean investments in Asean focused on labour-intensive industries such as needlework and shoemaking in the past. Now, the focus will be on tailor-made investments that identify specific needs of each of the member states.

South Korea in November signed a memorandum of understanding on a light rail transit system in Jakarta, part of a series of pacts reported to be worth up to $1.9 billion. Mr Moon said in November that his country aimed to expand trade with Indonesia to $30 billion by 2022 and eventually to more than $50 billion. Trade between the two countries totalled $10 billion in the first nine months of last year, up nearly a fifth from a year earlier.

Mr Paik was accompanied on his visit to Thailand by a large delegation of 180 Korean investors, He met with Prime Minister Prayut Chan-o-cha, who urged Korean investors to ramp up investment and trade with the country.

South Korea is also looking at Vietnam and Indonesia for cooperation in key industries such as steelmaking, electrical and electronic goods and automobiles. As well, it is planning to help Myanmar and Laos build a foundation for industrialisation and increase investment in basic infrastructure including electricity and water resources via official development assistance funds.

For Thailand and Singapore, South Korea is interested in emerging industries such as electric cars, biotech, healthcare, renewable energy and ventures linked to the fourth industrial revolution.

"In Thailand, we are interested in Industry 4.0 such as the Internet of Things, electric vehicles, and solar cells," said Mr Paik. "Prior to Thailand, I was in Singapore which is already developed so we are more interested in the development of artificial intelligence and self-driven vehicles there."

In Thailand, areas of cooperation include electric cars and solar power generation. Korean investors are looking closely at the Eastern Economic Corridor (EEC) and possible participation in related infrastructure projects such as airport, port, and railway building.

As for challenges, cultural differences within Asean mean that there are differences in regulations and practices. Delays in the customs clearance and logistics are also among major obstacles to the growth of trade with and within the bloc.

According to a study by the Korea Institute for International Economic Policy, Korean small and medium enterprises say a lack of infrastructure in some countries and different labour relations and working cultures are challenges they face in Asean. They say more harmonised regulations and improvements in infrastructure would improve Asean's attractiveness as a foreign-investment destination.

Vietnam is Korea's fourth largest trading partner, with bilateral trade worth $63.9 billion last year. About 5,500 Korean companies have invested in Vietnam, a high-potential market with 92 million people, a commitment to regulatory reforms and excellent workforce. South Korea would like to see the same success story replicated in other Asean countries, said Mr Paik.

Lee Ki-sang, senior vice-president of the Eco Technology Center at Hyundai Motor Group, told the forum that Hyundai and its Korean peers in the automobile industry are trying to increase their investment and further expand in Asean but there are still many barriers to entry.

"One of the obstacles is the import tax which has caused previous delays to entry such as to the Thai market, and since we are concentrating on environmental friendly vehicles at the moment, there is a need to find a way to fix these problems," said Mr Lee.

"Even though the volume is small right now, we are already selling to the Thai market and by the end of this year we will introduce a new model of an electric car that can go for a long distance and we will put more effort to enter Thailand's market in the near future," he said.

Hyundai's second all-electric vehicle, the Kona Electric, was unveiled in Geneva Motor Show in March, with short- and long-range models that can travel 300 and 460 kilometres respectively on a single charge. Its first electric car model, the 2017 Ioniq Electric, can go 200km per charge and sells in Thailand for 1.75 million baht.

Kwon Pyung-oh, president and CEO of the Korea Trade-Investment Promotion Agency, expressed concerns over Thailand's Foreign Business Act of 1999 that limits foreign shareholding at 49% while three lists of activities may be prohibited or restricted for foreign participation.

"A lot of Korean companies in Thailand said that they have a very big difficulty in terms of regulations such as the capital injection in the leisure in services industry which is up to 49%," he said. "The anti-dumping duty is also affecting companies within the automobile and steel industries from the difficulty in procuring. If Thailand wants more investment to come to the country then it should offer a more business-friendly environment to foreign companies including Korean ones."

Kulanee Issadisai, director-general of the Business Development Department said his department was considering amendments to the Act in order to opening up some service businesses, particularly those related to targeted industries, to foreign investment. However, she did not elaborate on the timeline.