Cookly, a Bangkok-based online booking platform for cooking classes and culinary experiences around the world, has raised pre-Series A funding led by Zcoin founder Poramin Insom. 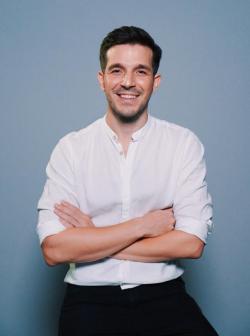 Zcoin ranks among the top 100 most valuable cryptocurrencies worldwide. Venture capital firm 500 TukTuks, which also invested in the previous seed funding, followed up with this round.

"With the new funding we will grow the team, increase our brand awareness and cover all culinary destinations by the end of this year," said Benjamin Ozsanay, chief executive and co-founder of Cookly.

The plan is to create Cookly pop-up events across the globe.

Cookly, in operation since 2015, is growing rapidly and now covers 65 destinations in 23 countries. It offers more than 600 cooking classes.

In the past year, Cookly's bookings increased by five times, while adding 45 new destinations to the platform and serving customers from more than 100 countries.

"We were featured as App of the Day in the iOS App Store in multiple countries and managed to get into the top 10 chart of the travel category," Mr Ozsanay said.

He said the company will build a more user-focused product for an industry that shows tremendous growth and interest.

The World Food Travel Association estimates the culinary tourism industry to be valued at more than $150 billion.

Cookly will also use the Zcoin cryptocurrency in the future to ease borderless payment transactions.

Sompoat Chansomboon, managing director of DTAC Accelerate, said the house was the first to invest in Cookly since the pre-seed round and has provided PR and marketing support for the company to expand overseas and grow as a force in global tourism.

With the new funding under its belt, Cookly is ready to scale its business and further expand globally.

While capturing more of the global market, the latest investment will help Cookly build a stronger product to serve the growing segment of foodies and travellers.