Collusion suspicions, but is a subpar public bid to blame?

Empty chairs at the NBTC office after mobile operators declined to participate in the auction for the 1800-megahertz spectrum.

The auction for the 1800-megahertz spectrum has finally been aborted after the country's three largest mobile operators did not submit bid documents on Saturday. All three had picked up documents.

The lack of an auction will result in the loss of at least 100 billion baht in auction fee revenue, based on the minimum reserve price of the three licences.

In response to charges of collusion against the three operators, the National Broadcasting and Telecommunications Commission (NBTC) will ask the government to invoke Section 44 to scrap the existing remedy measures planned to mitigate the impact of Total Access Communication's (DTAC's) concession expiry.

The move was largely motivated by DTAC's failure to commit to participating in the auction, with the company saying it already has enough spectrum to serve its clients.

If the remedy regulation is scrapped, all of DTAC's 470,000 subscribers on its 1800- and 850MHz networks will have to be migrated to other networks before those networks are shut down after its concession expires on Sept 15.

The NBTC will also officially propose its suggestion to the government to ease the burdens that led prospective bidders to not submit bid documents yesterday.

Academics and industry veterans, meanwhile, said it's not surprising for inter-operator collusion to be involved in public auctions, especially in the Thai telecom industry, which is dominated by three big players.

For the first time in Thailand's history, no operator will participate in a telecom auction, suggesting the national regulator failed to strike the right chord in terms of price, auction design and the number of bandwidth slots.

Uncertainty around the government's willingness to extend licence-payment assistance to the two winners (AIS and True Move) for the 900MHz spectrum auction in 2015 was a key factor in the decision of the two major operators to sit out of the 1800MHz auction, said a NBTC commissioner who asked not to be named.

DTAC's early morning announcement to the press (before 8am) suggests that the country's third-largest operator, widely regarded as the likeliest to participate, was angling to force AIS out of the auction. The bid submission period ran from 8.30am to 4.30pm yesterday.

Like DTAC, mobile leader Advanced Info Service (AIS) followed suit by officially announcing later in the afternoon that it would not participate in the 1800MHz auction, which was to be held on Aug 4.

Second-ranked True Move was the only operator to announce its intention not to participate in the auction before the submission date yesterday.

DTAC: under no pressure

"We considered the auction carefully and decided DTAC has enough high-band spectrum to handle the growth of data services," said DTAC chief executive Lars Norling. "The auction conditions did not allow for long-term value creation for our customers and shareholders." 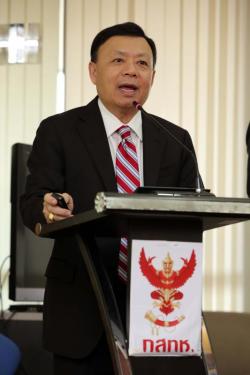 As always, DTAC will continue to ensure that it holds enough spectrum to serve the growing needs of its customers, he said.

Mr Norling said the company would take the necessary preparatory measures to ensure that no customer is adversely impacted by the concession expiry.

But DTAC said ensuring uninterrupted mobile service is a shared responsibility of the NBTC, the spectrum owner and the service provider. To secure a smooth transition for all of its customers, DTAC submitted a joint consumer protection plan with its concession provider CAT Telecom on June 7 for the temporary provision of services in the 850- and 1800MHz bands.

This joint plan is aimed at ensuring uninterrupted service and follows the practice of other operators in the past. The three previous remedy periods in Thailand lasted 9-26 months and ended on the first day of operations for the new licensees.

Together with DTAC's active efforts to migrate its 2G customers and aggressive network roll-out on the 2100- and 2300MHz bands, these measures offer protection for customers on every single band currently operated by DTAC -- 2G, 3G and 4G -- and will ensure continuous service without any risk of a so-called SIM "blackout".

"What all telecommunications operators now want is a clear roadmap for low-band spectrum, to keep up with Thai data consumption both in urban centres and beyond," Mr Norling said.

DTAC holds 2 x 15MHz of capacity on the 2100MHz band and recently gained access to a block of 60MHz on the 2300MHz band -- Thailand's widest single block of spectrum. Allowing for the loss of 1800MHz after the remedy period constitutes a net gain of 10MHz in terms of high-band holdings.

As the 2300MHz spectrum operates on 4G, its benefits are even greater in terms of download capacity, the company said.

"Download capacity is increasingly critical given the changing behaviours of Thai consumers, who now stream several hours of video per day," DTAC said.

Even without 1800- and 850MHz, DTAC has more download capacity per customer than its competitors (DTAC has 2.75MHz per million subscribers, while True Move has 1.37MHz and AIS has 1.99MHz).

This, said the company, shows that its customers will not be affected by the loss of 1800MHz.

Low-band signals allow the farthest coverage distances and therefore greater access to mobile connectivity, reaching rural populations where the high-density networks needed for high-band spectrum will be unsustainable. Currently there is no roadmap for low-band spectrum availability, despite keen interest from all operators.

Compared with some of their regional neighbours, Thais pay more for their mobile internet connections while getting slower speeds. Ultimately, these conditions could also lead to inadequate infrastructure development and lasting damage to Thailand's digital economy, Mr Norling said.

DTAC is investing 4.51 billion baht per year to operate 2300MHz in partnership with TOT and will invest a further 15-18 billion baht in building its 2100- and 2300MHz networks.

"With our strategic partnership with TOT, we can explore new business opportunities like fixed wireless broadband," Mr Norling said. "And our partnership with CAT will also allow us to keep operating the towers that are under the concession. This will ensure continuous service for our customers."

This August, DTAC is set to be the first telecom to commercially operate 5G-ready massive MIMO antennas in Thailand.

AIS: not the time to invest

Like DTAC, AIS said the auction terms were not appropriate nor in the best interest of the company at this stage.

"After carefully reviewing the terms and conditions of this spectrum auction and considering the impact on our stakeholders, including customers, partners and investors, AIS has decided not to participate in the upcoming spectrum auction," the company said in a release.

AIS has licences on the 2100-, 1800-, and 900MHz bands, which it acquired in previous auctions. AIS and TOT signed a contract that allows AIS to use the 2100MHz band. AIS said it has enough resources to serve increasing demand in both data and voice nationwide.

AIS said it will continue to monitor changes in the auction situation, including terms and conditions, as well as its decision to participate.

The NBTC will propose that the government invoke Section 44 to scrap the remedy regulations for DTAC. The measure will not conflict with the regulation's principle, because the remedy is mainly aimed at avoiding service disruption for users that remain on the network after the concession expires, according to the regulator.

The regulator, in turn, will auction the spectrum before the concession's expiry date, Mr Takorn said.

The NBTC will officially propose recommendations to ease the burdens on True Move and AIS that led them to not submit bidding documents yesterday.

Those recommendations include extending the licence payment terms for the two companies, which won the 900MHz auction in 2015. AIS and True Move must pay a combined 120 billion baht for the last payment of their 900MHz licences in 2020.

Previously, AIS and True Move submitted proposals to the government via the NBTC asking to extend the last payment period through five-year instalments. The government has yet to accept the request after facing heavy criticism from academics and industry veterans.

The NBTC will submit all of its recommendations at its June 27 board meeting and will propose its resolutions to the government in parallel, he said.

Mr Takorn spoke with Deputy Prime Minister Somkid Jutasripitak yesterday morning by phone to outline the NBTC's suggestions. Mr Somkid said he supported measures to eliminate all burdens stemming from the auctions, according to Mr Takorn.

"This may be a shortcut for resolving the existing problems for the next auction," he said. "Implementing it is in the best interest of the country. We expect a clear resolution by July 10."

The next 1800MHz spectrum auction will take at least eight months to stage, Mr Takorn said.

The NBTC plans to amend the existing conditions of the 1800MHz auction and organise another auction with more attractive conditions for bidders.

The new auction will divide 90MHz of bandwidth for upload and download on the 1800MHz into nine slots of 10MHz. The present auction divides it into only three slots with 30MHz of bandwidth each.

"Dividing it into nine slots is the NBTC's first priority, which was designed as an alternative plan of action if no bidders joined the auction," Mr Takorn said.

He said the idea was first floated at a grand public hearing on the 1800MHz auction draft in December, when some argued it would encourage bidding competition.

Mr Takorn said the NBTC will begin the process of amending the existing 1800MHz auction draft once it receives clear signs from the NBTC board and the government.

Anuparp Thiralarp, an independent academic, said inter-operator collusion is not surprising in public auctions, especially in this industry, given Thailand's telecom triopoly.

"Each operator has its own agenda and reasons for their moves," he said.

Mr Anuparp said scrapping the post-expiry date remedy measure may eliminate some obstructions to the auction. But he disagreed with AIS's and True Move's 900MHz licence payment term extension, saying they have the means to cope with the current arrangement.

"It's not private companies or consumers, but the government which has been immediately affected by the no-show of the telecom operators," he said.

Mr Prawit said using Section 44 is not the answer, adding that the solution should take into account the long-term benefits of the digital economy shift. 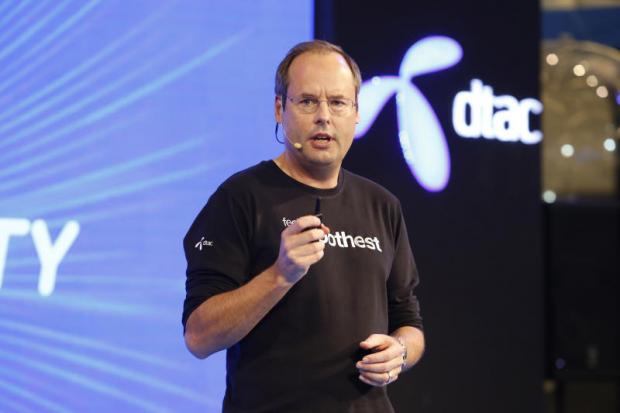