Business cycles have not strayed from trend

An aerial view of Bangkok, where the highest rent rate so far this year has been 1,500 baht per sq m per month for offices. PATIPAT JANTHONG

The property market will keep growing as land and residential prices soar, just as office rents have risen consistently over the past three decades despite two major economic crises in 1997 and 2008, says property consultancy CBRE Thailand.

"Each cycle took 10 years, but the second one in 2008 was not caused by Thailand," said Aliwassa Pathnadabutr, managing director of CBRE Thailand. "The property market today is in the third cycle and still on the rise. We see no risk factors at the moment for the next dip."

The highest average condo price jumped from 35,000-38,000 baht per square metre in 1991, when Thailand's first luxury condo (Somkid Gardens in the Chidlom area) was completed, to 400,000 baht per sq m currently in the Phrom Phong-Thong Lor area.

Ms Aliwassa said the peak year for condos in the first cycle was in 1993, when residential units at All Seasons Place were launched with selling prices of 65,000-88,000 baht per sq m, more than double the price at Somkid Gardens in 1991. 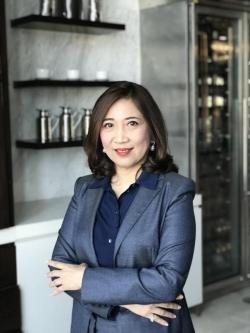 Aliwassa: Property market on the rise

Condos in this cycle peaked in 2007 after Sukhothai Residences achieved record average prices of 235,000 baht per sq m.

The office sector in Bangkok boomed in 1988 as many multinational companies flocked to the city. Total office supply in that year was less than 1 million sq m, with monthly rent of 250 baht per sq m.

In 1997, office vacancy sharply increased to 40% and monthly rent dropped by more than half to 350 baht, due to the Asian economic crisis that saw the shutdown of many companies.

"After 1997, there was no new construction of office buildings in the market," Ms Aliwassa said. "Some office towers like Q House Lumpini began construction but were frozen and not acquired."

Some office towers were converted to residential buildings, including Ascott Sathorn and The Lakes on Ratchadaphisek Road, while monthly office rentals stabilised at 350 baht during 1997-2000.

"The Thai real estate market will continue to face constant change, from e-commerce in retail to co-working spaces in the office sector," Ms Aliwassa said.