Airbnb is continuing to push the Thai government to reconsider its Hotel Act, paving the way for the company to expand its business in Thailand. 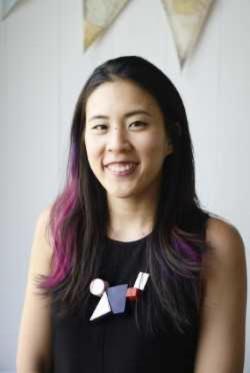 Mich Koh, head of public policy in Southeast Asia for Airbnb, said its regional team will meet with Thai officials on July 3 to discuss tourism growth and how the company can help drive the sector here.

Airbnb, an online marketplace and hospitality service for people to lease or rent short-term lodgings, said it hopes the Thai government will acknowledge the changing business environment, including the home-sharing business, which has grown globally over the last decade.

In Thailand, Airbnb has been working with several ministries such as the Tourism and Sports Ministry, the Interior Ministry and other related authorities to liberalise the sector. But the main regulations involving the hotel business remain unchanged.

Many governments in Europe and the Americas have revised their laws to suit the new business reality, she said.

But it may take time for those changes in Thailand, said Ms Mich, adding that a clearer policy on hotel regulation in Thailand is needed.

A recent lawsuit case in Hua Hin is expected to push the government to reconsider the Hotel Act, said Ms Mich.

Asked whether the Thai government should adapt the Japanese model, which allows homeowners to put their properties up for rent, she said that decision will be left to the Thai government, as the conditions in Japan differ from here.

Regarding the tourist tax issue, Airbnb said the company has already paid US$300 million (9.9 billion baht) to the local governments over the last three years.

Another issue is reporting of guest information to the immigration bureau.

Ms Mich said Airbnb has trained hosts on how to provide guest information to the relevant authorities.

"All of this is new to Thailand, but the future [looks bright]," she said. Airbnb is also confident that it can boost income for locals and communities, especially in secondary provinces being promoted by the Thai government."

Airbnb's latest survey found that tourists have shifted from staying in major areas in Bangkok to outer areas to explore local experiences.

As end of 2017, there are 61,400 Airbnb listings in Thailand. About 1.2 million tourists came to Thailand and stayed at Airbnb hosts.