Thailand's technological readiness ranks 49th out of 82 countries for 2018-22, a middling performance owing to a lack of intensive research and domestic innovation, says the Economist Intelligence Unit (EIU). 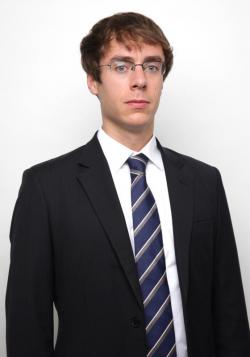 Compared with the previous ranking of 2013-17, when the country ranked 50th out of 81 countries, the latest showing is scarcely an improvement.

John Marrett, an analyst at the EIU, said in an email interview that Thailand's rank is relatively low because the state lacks research infrastructure in terms of publicly funded institutions and initiatives.

The level of commercially viable innovation, reflected in domestic patents, is also comparatively low, he said.

For technological readiness overall, Thailand punches just above its slightly less-developed Asean neighbours such as the Philippines (55th), Vietnam (65th) and Indonesia (67th). It also lags behind Malaysia (27th), which has higher per capita income.

On the whole, Thailand is not notably out of place given its level of economic development.

Among the most pressing issues for Thailand is improvement of its research capacity in terms of public support for educational institutions and R&D in targeted high-tech industries.

Thailand's strengths for prospective businesses are its mobile phone penetration and good conditions for e-commerce development, both presenting opportunities for online business expansion.

The top three countries, in order, for 2018-22 are Australia, Singapore and Sweden.

The breakdown of scores shows that the Netherlands has the best e-commerce offering, Britain has exemplary e-government services, and Taiwan is the world leader for cybersecurity.

China has seen strong growth in patent applications in recent years, but on the measure of patent grants as a proxy for innovation, the US is still the clear front-runner.

The EIU expects strong jumps in internet access in India, the Philippines, Ecuador and Malaysia.

South Korea is one of the strongest countries in e-commerce. Among developing countries, the leaders are Malaysia, Thailand, China, Costa Rica and Brazil.

The top-scoring countries in the online service index of e-government are Australia, Singapore, Britain and Canada, followed closely by South Korea, New Zealand, Finland and France.

One of the main drivers of e-government strategies in Asia-Pacific is the desire to reduce corruption.

On the metric of international patents granted, the top performers are the US, Japan, South Korea and Germany. China comes in seventh place after achieving rapid growth in recent years.

South Korea and Israel are the biggest spenders on R&D, with such outlays exceeding 4% of GDP in both countries.