Rapid success in its video platform has led Line TV to focus more on producing original content to tap into a broader audience. 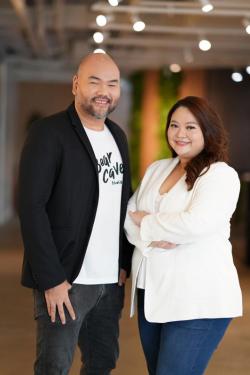 The company has been offering video for almost four years in Thailand, and now Line TV diversified into production. Dubbed Line TV Originals, it is one of three core content categories for the company meant to raise brand recognition, said Pallapa Manoch, content business lead for Line Thailand.

She said content in this category has been growing as downloads continue to increase. The other two core categories are music and rerun TV content.

Ms Pallapa said Line TV Originals has high growth potential because the company has been pushing original content in its marketing, in collaboration with third-party companies.

Rerun content makes up the majority of content now, but Line TV Originals will hopefully reach 50% of content in the near future, as well as half of growth and revenue, she said.

Of total content, some 60% is reruns, followed by 20-30% Line TV Originals and the rest entertainment, music and sports.

The number of views for original content jumped 50% year-on-year in the first half of 2018.

The company collaborated with Bearcave Studio to launch four new original series this year, starting with the first ever e-sports series. The series are all different genres and are titled GGEZ, It's Complicated, Hipster or Loser and The DeadLine.

Mr Pramewith said GGEZ will be the first to air, Thailand's first series on e-sports. It will be featured during the 2018 Asian Games.