Hankyu set to ramp up investment 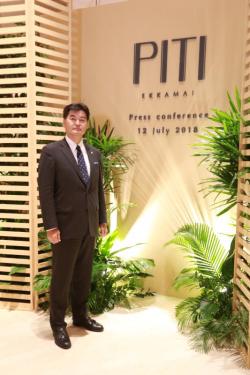 The company had allotted ¥10 billion for 2016-17, and is ready to double that sum, said Yusuke Kusu, executive vice-president and general manager at the corporate division for management planning.

He said the company's confidence in the Bangkok condo market is also derived from presales at the first two projects for which it formed joint ventures with Sena. One of them is Niche Mono Sukhumvit-Bearing, worth 3.4 billion baht, which is 80% sold after launching late last year.

The other is Niche Pride Taopoon-Interchange worth 3.4 billion baht, which was launched in March 2018 and has seen 70% of its units sold.

Mr Kusu said the main segment it is targeting are units priced between 2-3 million baht because of growth opportunities there.

Though the segment is prone to a high mortgage rejection rate, the company believes Sena will be able to cope with the marketing strategies and campaigns.

"We are interested in developing single house and townhouse projects and are looking for an opportunity to develop office and commercial property as well as a logistics centre," he said.

The company has invested in warehouses in Singapore, the residential and logistics sectors in Indonesia, and the residential sector in Vietnam, Thailand, Malaysia and the Philippines.

"Among Southeast Asian countries, Thailand will generate the highest return on investment for us," he said. "Although we entered Vietnam before Thailand, the total value of project development in Thailand is double that in Vietnam."

Deputy chief executive Kessara Thanyalakpark said the property market in the second half will be in an upward trend with growth forecast at 3-5% by the end of the year as the economy recovered in the first half.

"Residential demand in the upper-end segment is growing, particularly in locations near mass transit lines," she said. "To capitalise on this segment, we will launch our first luxury condo project next month."

This half, Sena will also launch five projects in Bang Na, Charoen Nakhon, Punnawithi and other locations.

SENA shares closed yesterday on the Stock Exchange of Thailand at 3.62 baht, an increase of four satang, in trade worth 1.39 million baht.