The company was awarded a 30-billion-baht contract in February 2013 by the government to supply equipment for the project.

Energy Minister Siri Jirapongphan said the probe did not involve any developed power plants in the third round of auctions for independent power producers in 2013.

"The allegation is the bribery likely took place during the equipment and machinery transport process in August 2013. This process did not involve the ministry," said Mr Siri.

He did not rule out the involvement of other government agencies. 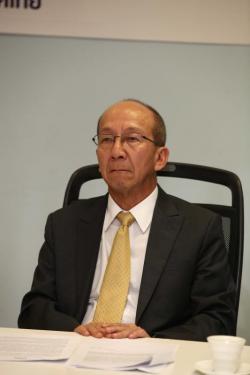 Siri: An investigation has been ordered

He said the fact-finding team is expected to submit more information this week on whether the bribery case concerned the ministry's development and decision-making process.

"There may be other information about providers for MHPS on that shipment," he said.

In a related development, SET-listed Gulf Energy Development Plc, one of Thailand's largest power producers, submitted a letter to the Stock Exchange of Thailand denying that any member of its company group associated with MHPS paid bribes to government officials to win a power plant construction project bid in 2013.

The company said it has conducted an unofficial investigation into the case with MHPS, adding it does not concern Gulf's subsidiaries or affiliates in any way.

"In any case, no power project in the company group entered into engineering, procurement or construction contracts with MHPS in 2013," said Ms Yupapin.

Gulf was the winner of that IPP third auction round.

The Energy Regulatory Commission and Egat yesterday also denied involvement in the bribery case, saying it happened before new ERC members were elected in 2014.

Egco likewise said played no part in the bribery case.