Fresh negotiations are under way to resolve the impasse that has prevented progress on the Chinese-backed Kyaukphyu megaproject for more than three years, according to Myanmar's deputy finance minister.

"Progress so far has been promising, and there is general agreement that the project should be scaled down," Winston Set Aung told Asia Focus.

"It will be a demand-based rather than a supply-based project, and any expansion will only be considered if there is sufficient demand for it."

The administration of former president Thein Sein agreed in 2015 to allow a consortium led by the Chinese investment company CITIC Group to develop the project in Rakhine state. However, the civilian government that took office the following year has expressed concerns about the project becoming a white elephant and leaving the Myanmar government heavily in debt.

"The terms of the proposed contract are unfair to Myanmar, we cannot accept them," Commerce Minister Than Myint, then in charge of the Kyaukphyu negotiations, told Asia Focus last November, on the eve of a trip to Beijing to discuss a host of bilateral matters with China, including Kyaukphyu.

The government's chief economic adviser, Sean Turnell, has also warned about some of the "crazy" and "absurd" features of the deal as it currently stands.

The project -- as originally negotiated -- is heavily overcapitalised, he told Asia Focus some months ago. He sees the danger of a repeat of the fate of Chinese port megaprojects at Gwadar in Pakistan and Hambantota in Sri Lanka.

Colombo borrowed heavily to construct the latter, but could not repay the loans and had to give China a 99-year lease on Hambantota in return for debt relief. Mr Turnell even visited Sri Lanka earlier this year to see the problems for himself.

Winston Set Aung, who has since been given the main responsibility for overseeing Kyaukphyu, has offered assurances that Myanmar will not accept any high risks.

"We have already agreed that the Myanmar government will not fall into a debt trap over the Kyaukphyu port or the SEZ (Special Economic Zone)," he said.

Details of the ongoing discussions are confidential, but senior government sources involved in talks say the port project has been scaled down from the original plan. Current projections call for an investment of just under US$1 billion, compared with around over $7 billion before, and a further $2 billion for the SEZ. 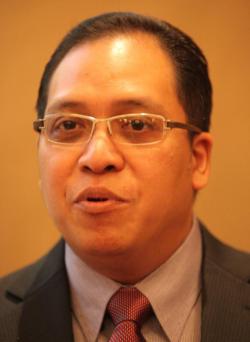 The proposed contractual arrangement between Myanmar and the Chinese consortium was also a sore point. The Thein Sein government, bowing to Chinese pressure, agreed on a 15% share for Myanmar and 85% for the CITIC-led group.

When the new government led by the National League for Democracy took over the negotiations, it insisted on a 30% share. The Chinese consortium reluctantly agreed, but insisted that Myanmar had to provide a financial contribution for the extra share.

"Myanmar should take the same risk as us. We should have Myanmar partners who would be willing to take on the same risk with us. It's business."

But according to senior government sources involved in the negotiations, speaking on condition of anonymity, CITIC has finally backtracked and agreed to a 30% share for Myanmar at no extra cost to the government. Also, it is no longer demanding that Myanmar borrow as much as $2 billion from Chinese state banks.

As well, there will be no Myanmar government sovereign backing for any of the project's debts. But the government will pay its proportionate share of any future costs.

The development of Kyaukphyu has been divided into segments, with the port the first project. Future expansion will only be initiated once the previous stage has been started and is profitable -- earning income above the project's variable costs, according to the government source. "Expansion will only be agreed if there is realistic demand for it, and it is in Myanmar's interests," he said.

Negotiations on the final contract with the CITIC consortium -- which includes China Harbor Engineering, China Merchants, TEDA Investment, Yunnan Construction Engineering Group and Thailand's Charoen Pokphand Group -- are continuing, according to government sources. Issues related to dispute settlement mechanisms and arbitration are being reviewed, and provisions for economic and social impact studies are also on the agenda.

The hope is to complete the deal in the next two to three months, according to Thant Myint, in time for it to be signed during the scheduled state visit of Chinese President Xi JInping.

The Kyaukphyu port in particular, as well as the SEZ, are of enormous strategic interest to China. A deep-sea port on the Bay of Bengal would help China enormously to develop maritime access to the Indian Ocean and diversify its sea trade routes.

The Kyaukphyu port would also give China an alternative route for its energy imports from the Middle East that crucially avoids the Malacca Straits and would save some 5,000 kilometres sailing distance for shipments to China from India and beyond.

The drive to diversify its shipping routes -- and to increase economic clout in neighbouring countries -- is a major impetus behind new Belt and Road initiative, which envisions infrastructure and trade networks linking China with every part of the Eurasian continent.

Though the project fits neatly into the Belt and Road framework, China's cooperation in the Kyaukphyu Special Economic Zone was in the works years before the strategy was announced. In 2009, Myanmar signed a memorandum of understanding with China National Petroleum Corp (CNPC) to build an oil pipeline linking Maday Island in Kyaukphyu with southern Yunnan province in China. That pipeline, which allows crude from the Middle East to be offloaded in Kyaukphyu and shipped overland to China, was completed in January 2015.

Around the same time, CITIC signed a memorandum of understanding with Myanmar to construct a deep-sea port and railway network in the Kyaukphyu SEZ. Unlike the oil pipeline, the rail and port projects stalled -- and the railway agreement expired in 2014 without construction ever beginning.

However, with the CITIC consortium now getting a green light, and resumption of the SEZ project also on the horizon, plans for road and rail links between Myanmar and China are being resurrected. Now they are as part of Beijing's revised and grandiose China-Myanmar economic corridor, with agreements also expected to be signed in the near future, possibly also during President Xi's visit.