NESDB to map out region-level strategy

The National Economic and Social Development Board (NESDB) has been told to map out development plans for each region in a bid to improve growth potential and competitiveness. 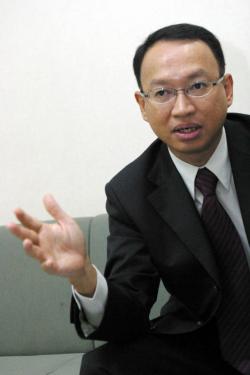 "As a matter of fact, each region already has its own development plan, but the plans are designed just to serve their own demand," Mr Tosaporn said. "The NESDB will help improve regional development to become more efficient, more practical and compatible with the national strategy and the changing global environment."

The Southern Economic Corridor will be the first regional development plan handled by the NESDB. The corridor is scheduled to be proposed to the mobile cabinet meeting Aug 20-21 in Chumphon province.

Mr Tosaporn said the northeastern development plan will be the next one drafted.

Under the 20-year national plan, the government aims to narrow the widening income disparity gap in the country to 15 times within 20 years, down from 20 times.

The plan focuses particularly on the richest 10% and the poorest 10%.

To reduce the income gap, the government needs to focus on income distribution, economic development and legislative reform to give low-income groups access to education, economic opportunity and justice.

The government also aims to raise per capita income to $15,000 (498,771 baht) a year, with average GDP growth of 5-6%. That goal further entails raising Thailand's competitiveness ranking to break into the global top 20.

According to Mr Tosaporn, the agency was also told to speed up reforming internal administration to meet new challenges, as the NESDB will in the foreseeable future be restructured as the National Economic and Social Council (NESC).

The cabinet on June 12 approved a draft bill on the NESC, a replacement for the existing NESDB, with the goal of transforming the state planning unit into a think tank that shapes the country's long-term vision and mission.

The draft bill, which has already gone through a reading by the Council of State, is pending the National Legislative Assembly's vetting.

The new act (on the NESC) will empower the government's planning unit to catch up with the national agenda and future trends.

The NESC will also be allowed to hire private experts, both from Thailand and abroad, to conduct R&D to support the country's future development and social and economic reforms, as well as map out the 20-year national strategy.

Under the new structure, the NESC will have 24 members selected from related agencies, up from 15. Six more boards will be set up to oversee as many key issues: security, human resource development, education, national resources and the environment, the economy, and public administration.

According to Mr Tosaporn, the bill requires a new unit to be established to specifically handle income disparity and poverty and evaluate the performance of the annual social welfare budget.

Kobsak Pootrakool, the Prime Minister's Office minister and supervisor of the NESDB, said he will soon call a meeting with high-ranking NESDB officials, including Mr Tosaporn, to speed up the agency's restructuring to conform with the new bill.