Steering the NESDB through transition
Business

Steering the NESDB through transition

The think tank has a new boss and soon a new name, writes Chatrudee Theparat

Thosaporn: The future NESDC will have a bigger budget. (Photo by Pawat Laopaisarntaksin)

Thosaporn Sirisamphand was officially appointed on July 4 as the new secretary-general of the prestigious National Economic and Social Development Board (NESDB) after the position was left vacant for more than two months.

Formerly the secretary-general of the Office of the Public Sector Development Commission, Mr Thosaporn replaces Porametee Vimolsiri, who was appointed the permanent secretary of the Social Development Ministry.

Mr Thosaporn sat down for an exclusive interview with the Bangkok Post.

What is the future role of the NESDB?

There will be a big change for the state planning unit under the requirements of a draft bill on the National Economic and Social Development Council (NESDC), which will replace the existing NESDB.

The bill will transform the state planning unit into a real think tank that shapes the country's long-term vision and mission.

Under the new structure, the NESDC will comprise 24 members selected from related agencies, up from 15 now. 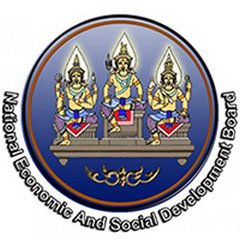 The action plan for the national strategy is expected to have 37 elements, while the action plan should be completed in 2-3 months so that the plan can be executed as part of the fiscal 2020 budget. All state agencies are required to propose their 2020 budget by this December.

The action plan will cover the budgets for fiscal 2018-2022, while the 12th national social and economic plan will extend to cover 2022 in order to make it fit with the 20-year strategy.

The agency is also empowered to establish a special committee to consider special issues.

What is the role of the NESDC in the new national agenda and future trends?

The Institute of Public Policy and Development will be established to conduct research on future trends, which is called "horizontal scanning".

The institute will offer attractive salaries in order to persuade human resources to work for the institute, with 20-30 researchers expected to be employed.

A new generation of independent experts will be recruited to work for the institute to cope with new challenges such as an ageing society, rapid urbanisation and human resource development to embrace the Thailand 4.0 economy, focusing on technology and innovation.

The institute will also be allowed to hire private experts, both from Thailand and abroad, to conduct R&D to support the country's future development and social and economic reforms, as well as map out the 20-year national strategy.

The NESDB board has already approved a proposal to establish the institute, while the cabinet is expected to consider the institute's establishment over the next two weeks in order to include it in the draft NESDC bill.

The human resources of the NESDC can also switch to work for the institute for 2-3 years in order to refresh their capability and upgrade their potential.

What is the agency's new role in reducing income disparity?

Data from the Community Development Department reveals about 1.2 million low-income earners, whom the government should assist first. The measures will be designed to fit their demand.

They are a part of the 11.4 million registrants with the Finance Ministry. The Public Policy Division will be tasked with overseeing the income disparity issue in order to enhance the efficiency of the budget allocated to low-income earners.

What jobs will continue under the new unit?

The agency is also tasked with mapping out development plans for each region in a bid to improve growth potential and competitiveness.

Deputy Prime Minister Somkid Jatusripitak recently instructed the state planning agency to revise all existing development plans for each region to conform with national-level strategy, reforms and global changes. As a matter of fact, each region already has its own development plan, but the plans are designed just to serve their own demand.

The NESDB will help improve regional development to become more efficient, more practical and compatible with the national strategy and the changing global environment.

The Southern Economic Corridor will be the first regional development plan handled by the NESDB. The corridor is scheduled to be proposed to the mobile cabinet meeting Aug 21 in Chumphon province.

The northeastern development plan will be the next one drafted.

Under the 20-year national plan, the government aims to narrow the widening income disparity gap in the country to 15 times within 20 years, down from 20 times.

The plan focuses particularly on the richest 10% and the poorest 10%.

To reduce the income gap, the state will focus on income distribution, economic development and legislative reform to give low-income groups access to education, economic opportunity and justice.

The government also aims to raise per capita income to $15,000 (498,771 baht) a year, with average GDP growth of 5-6%. That goal further entails raising competitiveness to break into the global top 20.