SET-listed Amata Corporation Plc, the industrial estate operator, is in talks with Chinese automotive companies that are interested in joining the government's electric vehicle (EV) scheme in the flagship Eastern Economic Corridor (EEC). 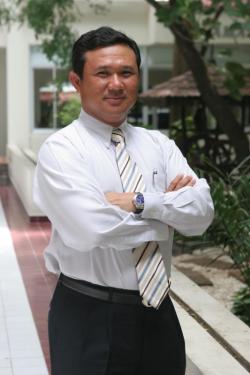 Amata expects any deal to be concluded this year as applications for EV privileges to the Board of Investment (BoI) will expire at the end of this year.

"If we strike a deal, it will bring the auto supply chain to the corridor to generate investment of 10 billion baht," said Viboon Kromadit, chief executive of Amata.

Chinese automakers have never fully invested in Thailand, having only formed joint ventures with local companies. Thailand's automotive industry, for both distribution and exports, is dominated by Japanese companies.

Shanghai-based SAIC Motor was the first Chinese carmaker to form a joint venture, uniting with Thai conglomerate CP Group. SAIC Motor-CP is in charge of car manufacturing and local distribution from its production facility in Chon Buri province.

"We expect Chinese companies have expertise, mainly in 100% EVs, and once their applications to the BoI are approved, all technologies and innovations can be transferred to Thailand's automotive industry in the future," said Mr Viboon.

He declined to name the companies in the talks. The talks come after Amata joined the government in welcoming 504 high-ranking executives from China last Friday and Saturday.

They visited EEC areas in Chon Buri and Rayong, where Amata has industrial estates.

Many Chinese counterparts signed 17 memorandums of understanding (MoUs) with the Thai government and related agencies.

All MoUs are connected with new developments in EEC locations.

The EV scheme is one of 11 targeted industries under the S-curve policy.

Mr Viboon said Amata is also in talks with medical and equipment companies from China after visiting the EEC.

"Amata forecasts any medical deal will take some time to be concluded as Chinese firms have to study many aspects before making a decision," he said.

"Unlike the Chinese carmakers, whom we met before they visited the corridor."

Mr Viboon said Chinese investors are looking for an industrial estate to support their investment and provide all information in Mandarin.

Amata has Amata City Industrial Estate in Rayong province and has been providing an industrial zone for Chinese companies since 2007 on 3,000 rai.

The zone is a joint venture between Amata and Zhejiang-based Holley Group. Amata owns a 25% stake and the Chinese firm holds the remaining 75% stake. It has 200 Chinese firms with total investment worth over 4 billion baht.

"We expect to reach 250 companies after there is significant implementation of the EEC scheme such as related infrastructure projects," he said.

An arrest warrant has been issued for former deputy prime minister Plodprasop Suraswadi, after he failed to show up at the Supreme Court.

WASHINGTON: President Donald Trump on Wednesday said it was not inevitable that the novel coronavirus would continue to spread in the United States, as he said he is considering travel restrictions on Italy and South Korea and appointed his vice president to lead the response.