Hilton is strengthening its position in Southeast Asia by developing 53 hotels and resorts, including three properties in Thailand. 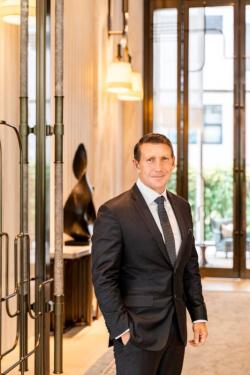 Alan Watts, president for Asia-Pacific, said the 53 new properties will consist of 12,000 rooms under seven brands of the group.

As part of the expansion, Hilton will introduce a brand called Canopy by Hilton in the region for the first time, joining established brands such as Hilton, Conrad and DoubleTree.

The group operates 34 hotels and resorts across Southeast Asia, totalling more than 11,000 rooms.

Hilton expects tourism in Asia and the Pacific to continue to boom, in line with strong economic gains in such countries as Indonesia, China and India.

Thailand is also benefiting from the tourism boom, with more than 38 million visitors last year.

Bangkok is forecast to attract even more high-end tourists once new luxury malls like Iconsiam open in the near future. To capitalise, Hilton officially opened its luxury-brand Waldorf Astoria in Thailand, marking the first such property in Southeast Asia.

Magnolia Quality Development Corporation has been developing a mixed-use project at the site of the 171-room Waldorf Astoria Bangkok.

Along with the hotel, the project offers 316 ultra-luxury condo units, as well as office space.

He said the Waldorf in Shanghai has succeeded, with average occupancy surpassing 80% and some of the highest average room rates in the city.