Racing through a disruptive age
Business

Racing through a disruptive age

Mr Bhurit joined the family business when he was 21 years old, driving a forklift.

For race-car drivers, there may be varied reasons for their love of the sport, from achieving speed goals to negotiating the challenges they face on the track.

For Bhurit Bhirombhakdi, chief executive of Boon Rawd Trading Co, the marketing arm of beer brewer Singha Corporation, his love of racing is simply a way to make friends and underscore relationships with peers.

"The Singha business empire has diversified from beer into restaurants, packed rice, seasonings and food ingredients because we have friends," Mr Bhurit says. "And our business has expanded from domestic to global, partly thanks to racing community connections. These connections cannot be discovered through money."

Several Singha business deals were sealed because of relationships originating from a shared interest in racing. Mr Bhurit's racing hobby has led to opportunities to meet top people in various business circles worldwide.

"When we have friends, we will never walk alone. And strategic partnerships that are based on friendship are more sustainable," he says. "Racing gave me several lessons, including teamwork, meditation and patience in waiting for an opportunity to arrive."

On the racetrack, Mr Bhurit is nobody and always a champion. He and the team of Singha Plan B just won the Audi Sport R8 LMS Cup 2018 in Germany and the GT Asia Series 2018 in Malaysia.

In the business world, however, Mr Bhurit has faced disappointment: Singha has from time to time lost its dominant position in the drinking water market. "Our competitor has done quite well," he says, "but we never gave up and now we have regained the leadership position this year."

Founded 85 years ago, Singha Corporation is now under the management of the fourth generation of the Bhirombhakdi family.

Mr Bhurit ascended to chief executive of Boon Rawd Trading a few years ago after an organisational restructuring meant to foster sustainable growth and capitalise on changes brought about by tech disruption.

At the same time, customers are smarter nowadays. Any business needs a thorough understanding of the market, based not entirely on the company's research alone.

"We are ready to learn from the success of others and expand our investment in startups around the world, particularly in Indonesia, China and Singapore," Mr Bhurit says, adding that he wants to put more emphasis on exploring technology and innovation. 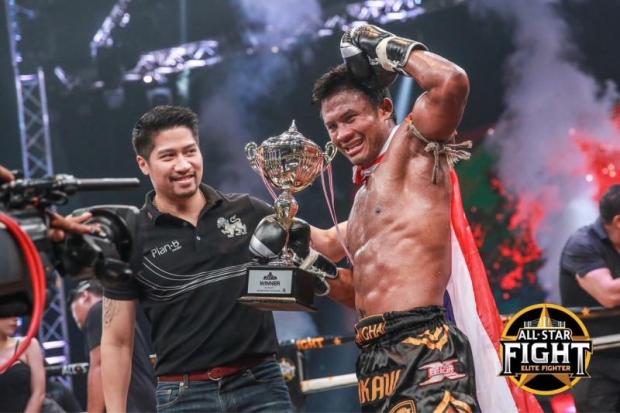 To that end, a wholly owned subsidiary, Singha Ventures, was set up in Hong Kong in the middle of last year. The venture capital firm looks to invest up to 25% in startups.

Moreover, the company is interested in investing in healthcare, which is expected to grow significantly as Thailand transitions to an ageing society.

"Around the world, several big companies such as Facebook, Google, Microsoft and Amazon have grown from startups," Mr Bhurit says. He admits that he never paid much attention to technology in the past, reasoning that tech was unlikely to disrupt the beer business.

"Now I have changed my mind. Who could have imagined that Netflix would affect Nike's shoe business? Netflix stimulates people to watch movies or series at home instead of doing exercise. If Netflix can hurt the sales of Nike shoes, beer can be affected as well by something unimaginable. Therefore, the company has to balance risk by extending its business from beer into other products and making investments that can provide multiple returns to the company. At the same time, the company will continue to maintain its existing trading business.

"It is very challenging to do business nowadays, but Boon Rawd has to continue to survive during our generation. Under our management, we will find new businesses that can solve people's pain points."

Mr Bhurit joined the family business when he was 21 years old. His first job was as a forklift driver for bulk beer; later he studied how to make beer with a brewmaster in Germany.

Lacking marketing skills, he trained at Ogilvy & Mather in Thailand for seven months.

"I know that making just beer and drinking water is not enough to sustain growth in the long term," Mr Bhurit says. "I decided to extend the company's product line to cover green tea by introducing Mochi ready-to-drink green tea in the past several years. It was the first beverage brand in which we branched out, and it was the first product we saw fail. I would like to say thanks to my father [Santi Bhirombhakdi], who allows me to do everything at will and learn lessons."

"The key to running the business nowadays is to use money efficiently in order to make a profit," Mr Bhurit says. "We will no longer adopt a price strategy, because it doesn't create sustainable business growth. Human resource development is another vital strategy to cash in on technology disruption."

Singha is allocating more budget to online media to reach a wider base of customers in the digital age, while cutting businesses with poor performance.

Despite the mounting challenges and rapidly changing business environment, Mr Bhurit says he doesn't feel stressed at all. He copes by spending time with racing and his family.

"I started racing in April 2009 and temporarily stopped it," he says. "Now I go back to drive and compete again because racing teaches me to plan well, learn to wait and be ready to grab the opportunity when it comes."