True Move, the second-largest mobile operator, has an aggressive investment and marketing plan for the Northeast, aiming to reach a one-third market share in the region within a few years. 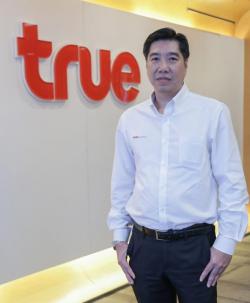 The Northeast has high potential and a large market, with 20 provinces and 23 million people, but True has a small market share there compared with its nationwide tally of 31%, said Suphakit Vuntanadit, chief of commercial group for True Corporation.

He did not disclose the company's market share in the Northeast nor the investment amount allotted to the region this year, only saying it is the largest regional budget for True this year.

"The value is half the overall budget of True Move," said Mr Suphakit.

"True aims to have a one-third market share in the Northeast within 1-2 years."

"We are working on segmentation and our growth in the Northeast has been sparse thus far, but we see a huge opportunity there. We improved our network coverage, recently completing network expansion."

Khanungdej Triratupathum, director of network engineering and quality assurance for True Move, said the company's large investment in networks in the Northeast is complete, covering 98% of the population in the region.

True is working on channel distribution, marketing and promotions catering to people in the Northeast.

Toon Bodyslam is the national ambassador for True. In the Northeast, True will have ambassadors who are local singers such as Pai Pongsatorn, Monkan Kankoon, Lamyai Haithongkham to tap into local sensibilities.

"This is the change that we have made with marketing segmentation by starting in the Northeast, and the feedback is very promising," said Mr Suphakit. 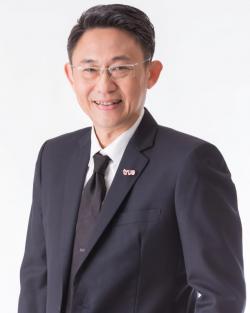 Mr Suphakit said True has sufficient bandwidth to support customers and its existing spectrum can support double its present subscribers.

"The lower spectrum bandwidth is better quality. It's more expensive and has better coverage," he said. "Network coverage is important for better customer experience."

Among the three major operators, True has the most bandwidth per subscriber.

In the near future Internet of Things (IoT) and 5G will lead the mass market.

SIMs will be installed in machines, such as in ATM machines that don't have network coverage, so they can use them for communication, he said.

Utility meters like electricity meters and water meters are likely to use SIMs as well.

Vehicles use SIMs to send signals to vendors to identify the machine, engine speed, or temperature of the vehicles. All these require network for IoT connection, which True intends to provide.

"We have offered the Narrowband IoT service since April this year and we have the most network coverage nationwide," said Mr Khanungdej.

He said within two years, there will be huge numbers of IoT devices, for which network readiness is the most important. The speed of 5G technology is 10 times faster than 4G, and requires a huge spectrum bandwidth.

Mr Suphakit said True has invested a lot, and it needs to see the government's licence auction conditions, pricing, terms of agreement, payment terms to decide on 5G.

"To move the country, the involved state agencies have to take care. The bandwidth in Thailand is the most expensive in the world," he said.

Industries will be transformed as artificial intelligence, cloud and IoT play a greater role in many sectors such as real estate, healthcare, manufacturing, logistics and transport.

After the test bed run in the Eastern Economic Corridor, China will roll out 5G in 2019, while Japan will do so in 2020, so supporting devices tend to be cheaper. Thailand has a chance to roll out before 2020.