MoU on digital trade and investment signed with US
Business

MoU on digital trade and investment signed with US

Thai and US businesses pledged Monday to set up an economic and business promotion committee and partner to promote Thailand's digital economy and Thailand-US digital trade and investment.

Kalin Sarasin, chairman of the Thai Chamber of Commerce, said the chamber signed two memorandums of understanding (MoU) with its US counterpart led by John Goyer, executive director for the Southeast Asia US Chamber.

The two MoUs will promote trust on digital platforms and ecosystems as well as upgrade working skills in the digital economy, said Mr Kalin.

"With the ongoing trade dispute between the US and China, this is a good opportunity for Thailand to attract foreign direct investment," he said. "Thailand is a middle ground that welcomes foreign investment, including from the US."

Mr Goyer said the two MoUs will start cooperation between the private sectors and build a platform to exchange information and network to develop the digital economy. 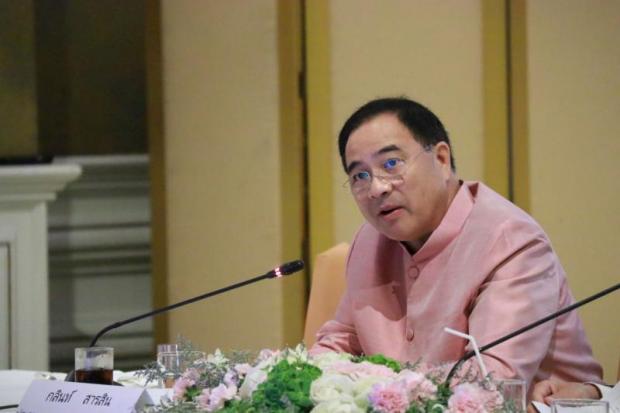 Kalin: Trade spat an opportunity to get FDI

Some 70% of US chamber members in Thailand surveyed expect progress on the Eastern Economic Corridor (EEC), he said. US investors are optimistic about Thai economic growth and are committed to promoting Thai small businesses applying more digital technology.

Kobsak Pootrakool, the Prime Minister's Office minister, said with the world's economic centre moving to Asia, especially emerging markets in Asean with GDP growth averaging at 5-8%, Thailand offers a perfect investment venue for US investment, as the country offers connectivity not only to neighbouring countries but also China and India.

"The US investors in the future may use Thailand as the production base of high-value products while using Laos, Cambodia and Myanmar as assembly venues and ship through Thailand's Laem Chabang port," said Mr Kobsak. "Thailand is quite ready in terms of infrastructure and ease of doing business, with a decent geographic location."

He said Thailand hopes to have a free-trade agreement (FTA) with Bangladesh soon and is in FTA talks with Sri Lanka.

In a separate development, Mr Kobsak said seven French companies and one organisation in the aviation industry are keen to invest in the U-tapao aviation city in the EEC.