TMI is adjusting its business plan from depending strictly on lighting products.

Teera-Mongkol Industry Plc (TMI), an MAI-listed manufacturer of lighting products, is upbeat about the renewable power business as it looks to diversify its business portfolio.

GSET runs a 1.4-megawatt biogas power plant in Chumphon province. The plant is near a wastewater palm oil crusher factory, which supplies the plant.

GSET started commercial operations in April 2015 with a feed-in tariff of 3.76 baht per kilowatt-hour, as well as a premium tariff of another 0.5 baht per kWh.

TMI completed its transaction with GSET and received a discount of 5 million baht on the asset.

Teerachai Prasitrattanaporn, chairman and managing director of TMI, said that after the GSET takeover it has already improved productivity and increased efficiency, raising the capacity utilisation rate from 60% to above 80%, which has spurred internal rate of return to reach 15% from 13% on capital spending of 35 million baht. 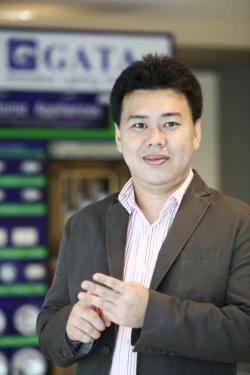 Mr Teerachai said TMI also plans to restructure GSET's financial debt to rework its balance sheet from a loss of 34 million baht, and it aims to lower operating costs to 41 million baht from 75 million.

He expects revenue from GSET to total 200 million baht next year, equal to one-third of TMI's total revenue.

In addition, TMI is in talks with three companies to acquire power plant assets or buy a licence as a power generator, focusing on biogas and biomass operators.

"We have planned this business diversification since 2014 after witnessing a price war in the lighting products and equipment market," Mr Teerachai said. "Earlier we tried to partner with other companies, but we could not reach an agreement, so we shifted to asset acquisition instead."

TMI aims for a combined power capacity of 50MW in the next couple of years from both new development and asset acquisition.

Mr Teerachai said the lighting business has fierce competition, so TMI plans to shift from massive production to a partial platform, importing some products to avoid a price war from Chinese lighting equipment and products.

For distribution channels, it wants to shift from wholesale to retail markets to improve its margin.

TMI plans to adjust its production line and machinery into a plastic moulding business to tap into rising demand for a variety of polymer plastic raw materials. The company is conducting a feasibility study to see if it can make the transition gradually.

The firm still reported a loss on its balance sheet during 2018-19, though the renewable power business should improve to post a net profit in 2019 from a loss of 20 million baht expected this year, Mr Teerachai said.