Entrepreneurship is a powerful force for economic advancement, but women starting their own businesses still face more hurdles than men

Five Cambodian entrepreneurs meet at the US Embassy in Phnom Penh before they head to the US to take part in a leadership programme sponsored by the State Department.

More women than ever before are becoming entrepreneurs, and many are achieving success in the vibrant business climate of Southeast Asia.

Unlike in the past when the decision to start a business was often triggered by necessity, these days many women are attracted to entrepreneurship because they see an opportunity.

But unless they have considerable personal savings or other resources, their great idea could be doomed from the start because they cannot obtain financing.

When it comes to financial access, especially bank loans, the gender gap remains wide, according to a study by the United Nations Economic and Social Commission for Asia and Pacific (Escap). Banks require collateral, and this is something that men are more likely than women to possess.

That is what Kheav Thida faced when she approached a bank about setting up her business in Cambodia. 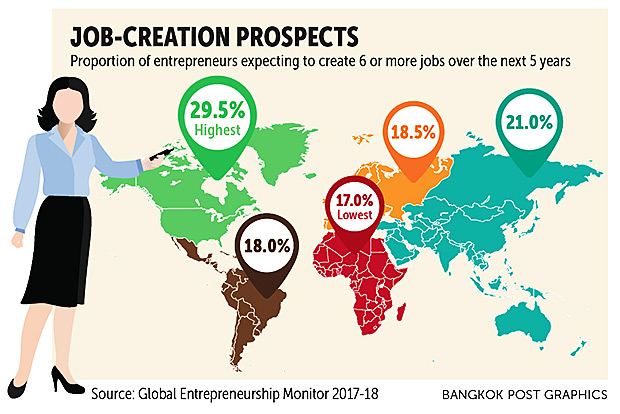 "When I first started my own company, I got a private (informal) loan as my first capital since the lender didn't demand any assets as security; however, I had to pay higher interest for that amount," the co-founder of Solar Green Energy (Cambodia) Co Ltd told Asia Focus.

Today Solar Green Energy is thriving, with solar installations such as water pumps, street lights, grid-linked and off-grid systems at thousands of locations throughout the country. In 2016 it moved its headquarters from a rented space to land that the founder purchased. 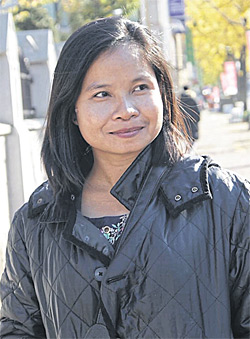 Kheav Thida had to rely on informal loans when she was launching Solar Green Energy (Cambodia) Co Ltd.

Kheav Thida is one of 61.3 million women across 10 Asean countries who own and operate businesses, according to the Global Entrepreneurship Monitor (GEM) 2018 report. Overwhelmingly, they are small and medium enterprises (SMEs). The social and economic impact of female-owned businesses is substantial, according to Rodrigo Montero, gender adviser at the UN Development Programme (UNDP) in Cambodia.

"Evidence from all over the world indicates that when women get an income and are more economically empowered, they are more likely than men to invest that money in the welfare of their children and families," he told Asia Focus by email.

However, gender inequality remains a challenge in developing countries and results in an average national income loss of 17.5%, Escap said in a 2017 study titled "Fostering Women's Entrepreneurship in Asean". Income losses are mainly driven by gender gaps in entrepreneurship and labour force participation in Asean countries which range from 7% in Cambodia to 29% in Brunei.

Realising the challenges faced by female entrepreneurs, Escap has come up with a new initiative to advance their cause. With financial support from Global Affairs Canada, it was launched during the UN General Assembly meetings in New York in late September.

The project will take a multi-pronged approach by integrating innovative finance, technology and policies, said Hongjoo Hahm, officer-in-charge of Escap. 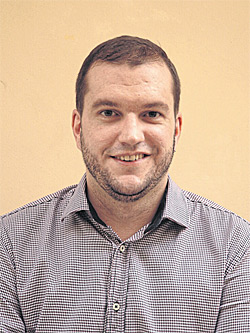 Women are more likely than men to invest more of their earnings in their children and families, says Rodrigo Montero, gender adviser at the UN Development Programme in Cambodia.

Novel approaches such as financial technology platforms and women's bonds are emerging to increase access to financial resources. But these must be part of a broader paradigm shift, he stressed.

Louise Blais, Canada's ambassador to the UN, said women-owned micro, small and medium enterprises have significant financing needs that can be met through innovative financing approaches that draw on both public and private resources.

In any case, the gap that remains to be filled is huge, the World Bank Group reported in a study entitled "Unrealised Potential".

Globally, countries are losing US$160 trillion in wealth because of differences in lifetime earnings between women and men, it said. This amounts to an average of $23,620 per person in the 141 countries studied.

While the losses in low-income countries are smaller in absolute terms, as a share of the initial endowment in human capital, the losses are larger than in the rest of the world.

"The world is essentially leaving $160 trillion on the table when we neglect inequality in earnings over their lifetimes between men and women," said World Bank CEO Kristalina Georgieva. "This is a stark reminder that world leaders need to act now and act decisively to invest in policies that promote more and better jobs for women and equal pay at work."

In nearly every country, women face barriers to fully participate in the workforce and earn as much as men. Consequently, women account for only 38% on average of a country's human capital wealth -- defined as the value of the future earnings of adult citizens -- versus 62% for men. 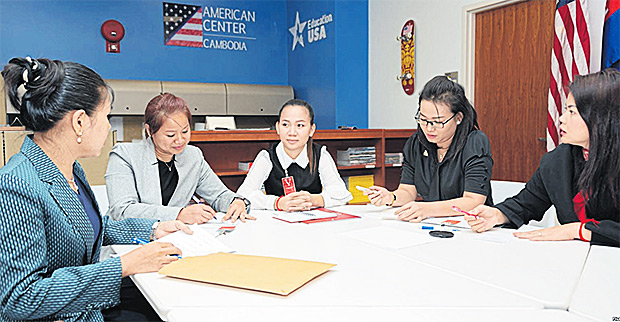 Five Cambodian entrepreneurs meet at the US Embassy in Phnom Penh before they head to the US to take part in a leadership programme sponsored by the State Department.

At the recent World Economic Forum meeting in Hanoi, Asean leaders agreed that promoting entrepreneurship would be crucial as the Fourth Industrial Revolution presents new challenges arising from technology.

Acknowledging the potential impact of job losses and a widening equality gap, especially in developing nations, Cambodian Prime Minister Hun Sen was quoted by the Khmer Times as saying that promoting entrepreneurship topped the list of his government's policies.

The Ministry of Women's Affairs (MoWA) in Phnom Penh is now working on a strategic plan called Neary Ratanak IV ("precious gem") to help women in the labour force, a representative from the ministry's Economic Development Department told Asia Focus. 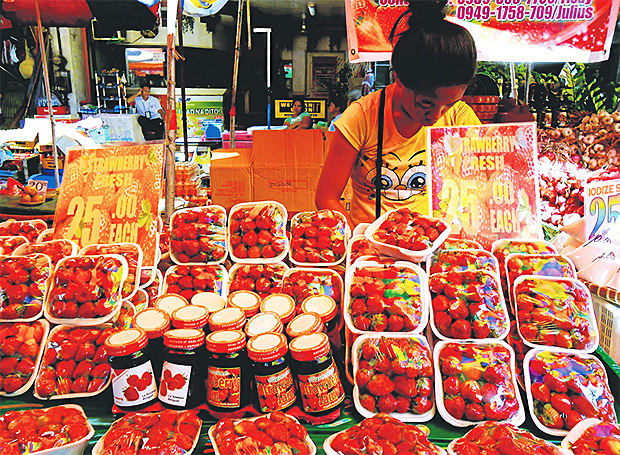 Figures provided by the Asian Development Bank (ADB) put the proportion of women-owned businesses in the country at 65%, yet many are informal or very small in scale.

A study done by Escap found the majority of such enterprises were in the retail, food and hospitality sectors. However, most Cambodian women engaged in business do not see themselves as entrepreneurs, it said.

The same report said that female entrepreneurs encounter barriers rooted in social norms, while limited education, technical skills and access to finance prevent them from realising their potential compared with their male counterparts.

To encourage women to participate more in economic activity, closing the gender gap to ensure that women can exercise their economic freedom is essential, it said.

If the gender gap in the region could be narrowed, the result could be an increase of 30% in gross domestic product (GDP) per capita in Asean economies over a single generation or 30 years, the ADB said in its Asian Development Outlook Update 2015.

Cambodia also ranks first in the region in terms of women's contribution to GDP, at 41% in 2016, followed by 40% in Vietnam and Thailand, a study by the McKinsey Global Institute found.

Yet even as their economic activity expands, women in the country earn less than men engaged in similar businesses, for a variety of reasons. These include lower education, cultural stereotypes, difficulty of access to capital, limited business networks and limited access to infrastructure. As a result, it is harder for women to strengthen their businesses.

"Women have more barriers than men to access economic assets such as land," said Mr Montero of the UNDP. "An increasing degree of economic equality between men and women correlates positively with the growth of Gross National Income."

Female entrepreneurs' interests, he said, must be taken into consideration in order to formulate a change in business culture and practices in Cambodia. That way, women could enjoy an equitable environment and receive support when needed.

"The UNDP is working with MoWA to understand better the existing gender inequalities in wages and employment, in intra-household allocations and in time used by citizens," he said.

The ministry says it is equipped to provide support to women, especially those who need advice on starting their own business.

It has founded 14 women's development centres to provide vocational training in skills such as tailoring and culinary arts to around 3,000 women each year, a spokesman said via email. "The ministry also has teamed up with the Indian embassy in Cambodia to promote information and communication technology (ICT) knowledge to women in five provinces."

Kheav Thida is among those who is optimistic that once the gender equality gap is narrowed, women can fully exercise their rights and potential through economic activity.

Both the state and the private sector have a role to play in helping women reach their goals, she stressed.

"I joined a training programme at SHE Investments. It helped me build more connections and helps other women to consult on their business framework."