The ERC cited Section 60 of the act to prevent a monopoly that reduces or limits competition in energy service. 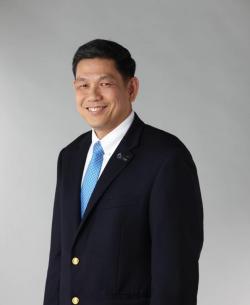 In June, GPSC agreed to purchase 69.11% of Glow's shares from French-based Engie Group. The remaining 30.89% of shares were to be bought through a tender offer.

The deal had an estimated value of 139 billion baht, projected to be the year's biggest investment deal.

GPSC chief executive Chawalit Tippawanich said the takeover was in line with all regulations and the appeal is meant to protect shareholders.

"The deal offered a good return on investment and our shareholders approved it in August," Mr Chawalit said.

He said GPSC's board of directors on Friday approved the filing of an appeal within 30 days of receiving the ERC's decision.

Under the Energy Industry Act, a private company can file an appeal to object to the ERC's decision legally and request the ERC hold a new hearing.

Mr Chawalit said the company's executives will soon explain to all stakeholders that the takeover deal is legitimate, while GPSC will ensure fairness when dealing with power buyers under PPPAs.

In Rayong, petrochemical firm SCG Chemicals, which competes directly with PTT Global Chemical and IRPC, has a power purchasing contract with Glow.

"After the deal would have been closed in November, GPSC planned to meet Glow's existing clients to make fair play agreements," Mr Chawalit said. "GPSC is putting effort into preserving clients' rights under the PPPAs."

Under the plan, GPSC would hold 80% of PPPAs in the Map Ta Phut area.

GPSC controls 20% of PPPAs in the area, and Glow holds 60%. The remaining 20% is held by the state-run Provincial Electricity Authority (PEA).

Upon merging Glow's assets into GPSC, the resulting operations would be ranked the fourth-largest power producer in the country with 4.835 gigawatts.

ERC secretary-general Naruephat Amornkosit said that even though the deal would leave only GPSC and the PEA in Map Ta Phut, the ERC judged that GPSC would have an infrastructural advantage over the PEA, particularly in stable power transmission.

"The ERC's decision will uphold the standard of duty to promote competition among power players by not allowing a monopoly in the sector," Ms Naruephat said.