Thailand should embrace more artificial intelligence (AI) in key economic sectors such as marketing, finance and agriculture to prepare workforces for the future, suggest analysts. 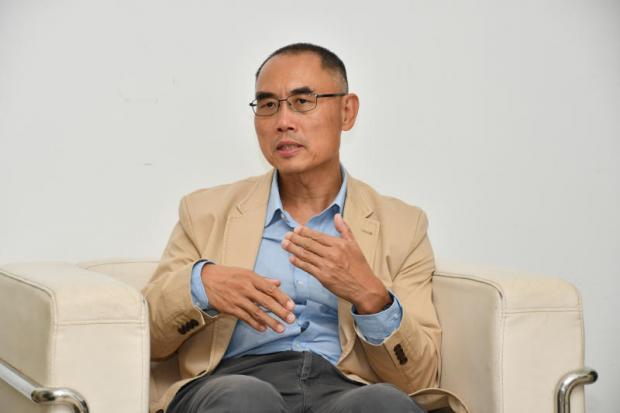 Mr Yang says Thailand can leverage AI in many sectors, particularly in agriculture.

The professor was in Thailand recently for a lecture on AI held by the Asian Institute of Technology (AIT).

For digital marketing and advertising, AI can help locate target groups more accurately, such as finding big spenders with ample purchasing power for new luxury cars. The success of Baidu, China's largest search engine, has been attributed to the adoption of AI, he said.

AI can also sort data from online shopping and offline or physical retail shops to get insight into users.

Mr Yang said AI is also used widely in medical treatment to help diagnose patients after receiving CT scans. He said the uptake of AI in the healthcare industry may not be fast since the industry still depends largely on a human workforce that is reluctant to have machines replace them.

In fact, AI has done brilliant work in medicine, he said, noting that Stanford University has used machine learning models to verify skin cancer. One AI programme was able to verify 129,450 skin cancer images, carried by as high as 21 doctors.

Mr Yang said the finance and banking sectors will benefit from AI, particularly in credit ratings, scoring and risk assessment.

In China, an internet bank called WeBank has used AI to provide services to support 70 million clients, and has reported very low bad debt rates from the service.

Even in general elections, AI is able to locate voters who want to cast their vote and find political parties for voters.

While AI may replace some workforces, it will eventually create new skilled workers, such as data labellers, where humans make label for objects or pictures to train machines for image recognition.

Skilled people who understand automated self-driving vehicles and insurance policies will also be required, while in the security industry, well-trained security guards that can manage security cameras empowered by AI will be needed in the future.

"In the future, humans will work alongside AI, but right now there is still vagueness as to which jobs or areas should be operated by humans or machines," said Mr Yang.

He warned that AI can be a double-edged sword for users if people input only partial information or incomplete data. This will be vital for the legal system in the future, when AI will be ubiquitous, he said.

Mr Yang said he is working on a research project called "Federated Transfer Learning" that creates a data sharing platform that does not breach personal data protection laws or the EU's General Data Protection Regulation. He plans to make the project open source by the end of this year.

At the same event, AIT president Eden Woon said the school is scheduled to set up an AI centre featuring advanced technologies, AI, the Internet of Things and robotics to work with local communities, non-government organisations, the government and companies to improve AIT's scientists and engineers.

With Thailand 4.0 and EEC around the corner, the establishment of an AI centre will benefit the country, he said.

Mathew Dailey, from the information communication and technology department at AIT, said AI is promising, with many applications, but Thailand still lacks the capability to adopt these technologies compared with Singapore, Japan, South Korea and China.

The AI centre is meant to help AIT collaborate with experts and other fields to solve problems and build innovative products in key areas where AIT has expertise, such as energy and smart grids, using AI to prevent system disruption and fix problems.