Thammasat University is pouring another 5 billion baht into new infrastructure and wellness projects at its Pattaya campus, to promote the EEC.

"With this budget, the university expects to become the first educational institution in Thailand to upgrade for the EEC," said Assoc Prof Gasinee Witoonchart, the university's rector.

"The university will propose to the EEC Office that the Pattaya campus become one of the EEC's special promotion zones, for the EEC board to consider in November."

Thammasat plans to develop this campus in two phases. Of the total budget, 2.6 billion baht is for a 300-bed hospital and a new medical school.

The hospital plans to add 300 beds in the future after the first phase is completed.

The university plans to meet soon to determine how to allocate the remaining 2.4 billion baht, depending on what facilities are needed for the Pattaya campus. 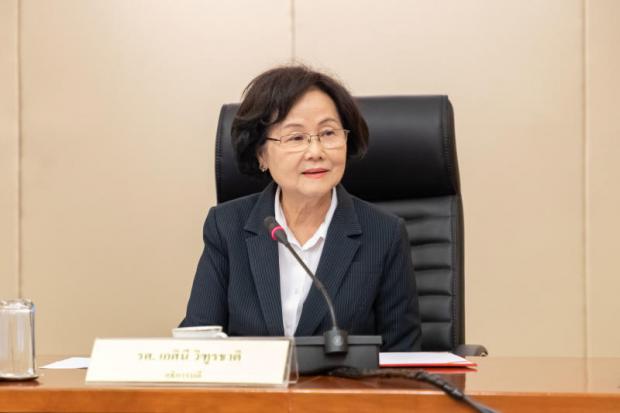 "Both the hospital and medical school are expected to start development sometime in 2019, once the EEC Office approves the special promotion zone next month," she said.

"The hospital will have a capacity of 300 beds in the first phase for Thais and the second phase of 300 beds are for foreigners and expats."

Assoc Prof Gasinee said Thammasat will receive the 2.6-billion-baht budget from the government's annual budget, while the university will seek a partnership with other companies to source the remaining 2.4 billion baht.

"We plan to set up a valley of wellness projects, including specialised medicine centre such as dermatology, cardiology and orthopaedics," she said.

The Pattaya campus in Chon Buri is chosen for development under this agreement, which includes a training programme for two undergraduate curricula -- automotive and software engineering.

In addition, this campus is preparing new buildings, including a cyberport centre and a co-working space, to support teaching and learning to meet EEC manufacturers' needs in the automotive industry.

"We expect Thammasat's EEC programme will be in place by 2022," said Assoc Prof Gasinee.

The circular economy concept will soon be in the 12th targeted industry plan.