The Energy Ministry is considering using a surplus of crude palm oil this year to replace fossil fuels for power generation at two state-run plants in Chachoengsao and Ratchaburi. 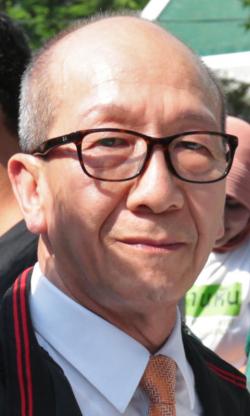 The Office of Agricultural Economics reported the stock of crude palm oil as of September stood at 375,591 tonnes, higher than the normal level of 250,000 tonnes.

"Both state-run agencies have received the ministry's order to use crude palm oil for power generation for three months," he said. "But the two power plants have yet to announce when they will start using crude palm oil."

Mr Siri said power generation cost is expected to double to 6-7 baht per kilowatt-hour (unit) from an average tariff at 3-3.2 baht per unit, but the ministry plans to offer a 1-billion-baht subsidy to maintain people's power bills.

This latest plan is a rehash of a move during the last surplus in 2016, when Egat was facing financial troubles.

Earlier, the ministry tied down oil traders with the announcement it was increasing the content of crude palm oil in biodiesel from 6.6% to 6.8% in a bid to curb slumping palm oil prices, effective from last Thursday.

Furthermore, the ministry has encouraged truck operators to use B20, blended with 20% ME, since July, projecting B20 consumption of 3 million litres a month.

The Energy Business Department reported B20 consumption in old trucks is undergoing a trial project with a volume of 7.7 million litres.

Transport Co plans to run the test for a month to forecast B20 consumption in the future.

"We expect to absorb a large volume of crude palm oil, up to 1.7 million tonnes a year once we can use B20 in public transport," Mr Siri said.

The ministry set the B20 retail price below that of B7 by three baht a litre, and it is exempt from levies for the State Oil Fund.

"The ministry aims to export 300,000 tonnes of palm oil within five months, but it has to find new export markets to support this huge volume," said Mr Whichai.

"The price of palm oil has dropped to 16 baht per kg, while Thai prices stand at 17-18 baht. The measures suggested are the best solution for the surplus."