SET-listed PTT Plc, the national oil and gas conglomerate, plans to propose a business plan to its board for the government's Eastern Fruit Corridor (EFC) scheme, hoping to invest in cold storage for farm products.

The EFC is an offshoot of the flagship Eastern Economic Corridor (EEC) scheme. The EFC is aimed at stabilising fruit prices and helping local farmers. 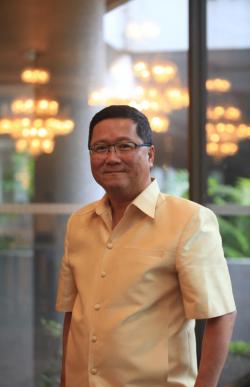 President and chief executive Chansin Treenuchagron said the EFC project was initiated by the government, but business operators also see its potential.

"The cold storage plan will be proposed in the next meeting in November or December," Mr Chansin said, with a budget to be disclosed soon.

The cold storage project will be located in the Map Ta Phut industrial estate in Rayong province.

He said PTT also has interest in developing a smart city project in Bang Sue district because it wants to develop a clean energy supply to generate electricity for the project.

The smart city is part of the Bang Sue Grand Station project worth roughly 47 billion baht, adjacent to PTT headquarters. The company wants to join with the State Railway of Thailand, the host of the project.

"But we are waiting for the government's investment policies and conditions," Mr Chansin said.

PTT is also standing firm on its commitment to be part of the 224-billion-baht high-speed railway linking three airports -- Don Mueang, Suvarnabhumi and U-tapao -- despite declining to join the bidding on the project.

"After a winner is selected, PTT wants to join as a business partner with that company," he said.

Furthermore, the company is upbeat on trading of liquefied natural gas (LNG) as a way to use its existing facilities in Rayong province.

The first unit is at Map Ta Phut, with a capacity of 10 million tonnes a year, but just 40-50% has been utilised over the last two years.

PTT is also developing a second unit at Nong Fab in the same province. A contract for engineering, procurement and construction at the site, worth 38.5 billion baht, was awarded to Italian oil and gas contractor Saipem and Taiwanese construction firm CTCI.

The Nong Fab site will have capacity of 7.5 million tonnes a year.

With the two LNG receiving terminals combined, PTT will run a capacity of 19 million tonnes a year.

In a separate development, Mr Chansin forecasts global crude oil prices in 2019 will stay around US$65-80 a barrel, as the company projects rising demand in the global market.

But Brent crude fell almost 7% to $65 a barrel on Wednesday, marking the lowest price since March, which plunged after the world's oil cartel reduced its projection for the global market next year.