Thailand a non-mover in talent index

Thailand has managed to stay even, but remains in the bottom third of ranked countries.

Thailand's ranking in the latest global survey on developing and attracting talent remains unchanged at 42nd out of 63 countries.

The survey conducted by the IMD World Competitiveness Centre presents a ranking of 63 countries and economies according to their ability to develop, attract and retain talent.

The ranking is based on countries' performance in three main categories -- investment and development, appeal and readiness. The three categories assess how countries perform in a wide range of areas. These include education, apprenticeships, workplace training, language skills, cost of living, quality of life, remuneration and tax rates.

For the 2018 IMD World Talent Ranking report, Thailand's ranking remains unchanged with its overall score at 55.81 out of 100.

The country's investment in and development of home-grown talent is ranked 46th, up two notches, with a score of 41.12. For the extent to which a country taps into overseas talent, Thailand ranks 24th, down one place, with a score of 61.36, and in availability of skills and competencies, its ranking, at 50th, was unchanged with a score of 39.80.

According to the IMD Competitiveness Center's director, "Asian economies are strong but lag behind Europe in attracting foreign talent" - with exceptions.

Arturo Bris never mentions Thailand, but he praises Malaysia and Indonesia as countries "who have been investing in education, and who are extremely good at developing domestic talent".

Switzerland once again clinched the top spot in a top 10 that included Canada but not the US, and no Asian nations.

While the US didn't make it into the top 10, it climbed four places to 12th, while the UK slid two spots to 23. Canada was the only non-European country to feature in the top 10.

"Economies placed in the top 10 of the ranking generally share high levels of investment in public education and a high quality of life, which allow them both to develop local human capital and to attract highly skilled professionals from abroad," said Arturo Bris, director of the IMD World Competitiveness Center.

Singapore was the highest-ranking Asian economy on the index, coming in at 13th and outranking Hong Kong, which dropped six places this year to 18th place. Both economies continued to excel in attracting professionals from abroad but lagged in terms of investment in education, the report noted.

Malaysia was 22nd, up six places.

China was ranked 39th because of its difficulties in attracting foreign skilled workers and because its public spending on education remains below the average of advanced economies, the report said. 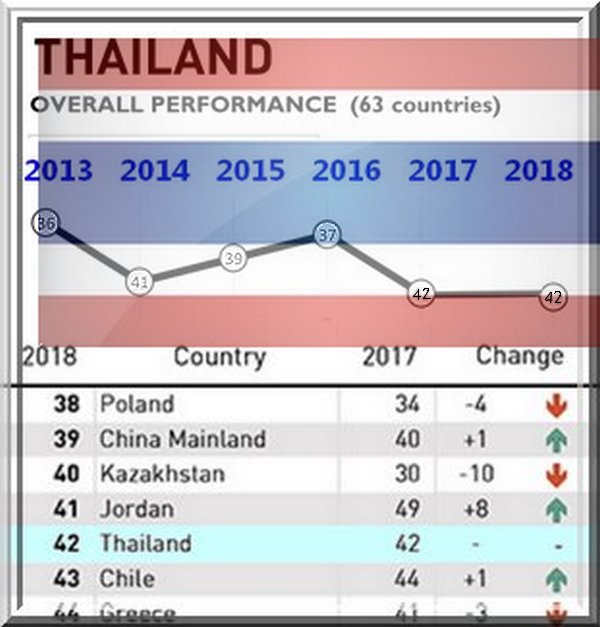 Indonesian exports, imports surge in May