Of the number, 1.84 million came from East Asia, with the remainder comprising visitors from Europe, South Asia, the Americas, Oceania, the Middle East and Africa, said permanent secretary Pongpanu Svetarundra. 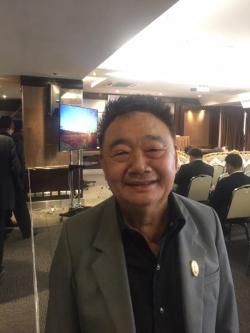 Since the boat tragedy in Phuket in July, the number of Chinese tourists to Thailand has decreased significantly, by 12% in August, 15% in September and nearly 20% in October.

Some 646,000 Chinese tourists visited the country last month, a drop of 19.8% from October last year. Tourism revenue from the Chinese market fell by 16.5% to 34.6 billion baht.

From January to October, 9.2 million Chinese tourists travelled to Thailand, generating income of 495 billion baht and remaining the largest market for arrivals and income.

The top 10 arrival markets for October were China, Malaysia, Laos, South Korea, Japan, India, Russia, the US, Cambodia and Singapore. Tourists generated income of 141 billion baht, up 0.7% from the year-earlier period.

For the first 10 months of this year, Thailand received 31.2 million tourists, up 7.8% year-on-year. Tourists generated tourism revenue of 1.6 trillion baht, up 9.9%.

In September, domestic travellers made 13.4 million trips, up 2.4% from September last year, and generated 93 billion baht in income, up 4.5% from the same month last year.

Chairat Triratanajarasporn, the new president of the Tourism Council of Thailand, has vowed to encourage TCT members to help improve safety and security and spread out tourism business into second-tier provinces.

The council conducted an election on Tuesday in which two candidates, Mr Chairat and Sirirat Denvorapongsasut, both previous vice-presidents, stood for president. Mr Chairat was elected.

Mr Chairat said he has prioritised safety and security in order to restore the Thai tourism image that is being marred by claims of unsafe management.

Under his vision, Mr Chairat plans to work with government bodies involved tourism such as the Tourism and Sports Ministry, the Marine Department and the Tourist Police to improve tourist safety.

The TCT plans to form a special working group to deal with safety issues in the near future.

The council is considering becoming a certifying body and allow a working group to inspect and certify operators with international standard assessment.

In addition, the TCT will provide knowledge and expertise to help young entrepreneurs, including in human resource development.

Mr Chairat voiced his commitment to improving hospitality skills and marketing to help spread out new business and tourism services into secondary provinces and unpopular destinations.

Tourism operators in provinces will benefit from tourism growth by bringing them into the TCT and providing them with marketing tools and business know-how, he said.

In addition, the TCT will create more strategies for each region because different regions need different plans.

In recent years, the TCT has been focusing on major cities and high-potential places, not regions.