According to the latest statistics published by International Data Corporation (IDC), the global blockchain spending will continue its growth hitting 11.7 billion USD in 2022; Japan and Canada are the fastest growth. The development of blockchain technology is equally vibrant in Southeast Asia. Emerged as one of the region’s prominent innovation hubs, Vietnam understands vital contribution in which technology could add to the development of society and local businesses. 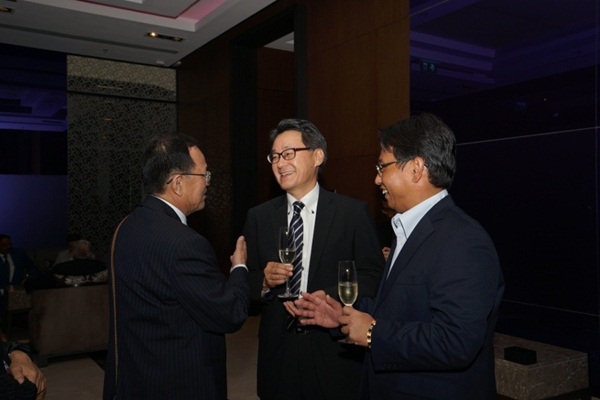 To celebrate the relationship between Lina Network and Thai businesses, a special Event “Lina Concert - Passion of Rothschild” was organised on November 24th at the Le Méridien Hotel in Bangkok. The event was specially attended by Mrs. Baroness Charlotte de Rothschild, a British opera singer and a member of the Rothschild family in England, who have operated businesses in diverse industries including financial services, real estate, mining, energy and even charitable work, CEOs/ leaders of large corporations such as PTT, Siam Commercial Bank, global corporation representatives from New Zealand, India, U.S., Thailand..., local business people and Mrs. Baroness Charlotte de Rothschild’s friends.

This is the first time that a member of Rothschild family has accepted an invitation from a Blockchain company of Vietnam to attend an official event. At the intimate meeting before event, Baroness Charlotte De Rothschild had a brief conversation with LINA team about the projects and future plans.Ahead of the special performance by Mrs. Baroness Charlotte de Rothschild, guests were gathered to share insights on the application of blockchain technology platform in businesses.Many Thai businesses are satisfied with the results utilising Lina Network’s breakthrough products and services that help enhancing transparency, security, traceability, operational efficiency, speed as well as optimising cost. 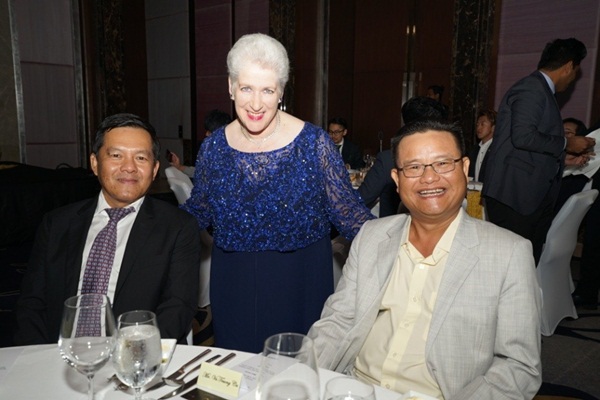 “It was a great pleasure to welcome Charlotte De Rothschild to Thailand, for the first time ever”, said VũTrường Ca, chairman of the management board of Lina Network. “The event was a great success; the singing was just wonderful and everyone was thrilled to see Charlotte perform. This is such an opportunity for LINA Network to share our vision and commitment not only in Vietnam but also around the world. Moreover, the event enables us to convey LINA Network’s message about the opportunities brought by the Fourth Industrial Revolution”

Lina Network is a member of the Smart Links Swiss Group, a multinational corporation headquartered in Zurich, Switzerland. Based on the standard platform of Blockchain technology, Lina Network has been consistently improving the company's key products to apply Blockchain in life, such as:Review Platform, Digital Identity, Supply Chain, Healthcare, Education.Lina promises to be a leading Blockchain Group trusted by multinational business partners and continues to lead the technology race not only in Asia but also the world.

After signing a contract of "Digital Identity on Blockchain" with the Laos government, Lina Network has also successfully cooperated with more than 30 corporations from Japan, Thailand, India and the US. ... in applying Blockchain Supply Chain into the production process. LINA Network has also partnered with the world's leading universities to open the Blockchain Research Institute to research, train and provide high-quality human resources for this industry.