Most Southeast Asian stock markets, including the Stock Exchange of Thailand index, ended higher on Wednesday after comments from US and Chinese officials spurred hopes of a deal between the two countries which could ease their damaging trade conflict. 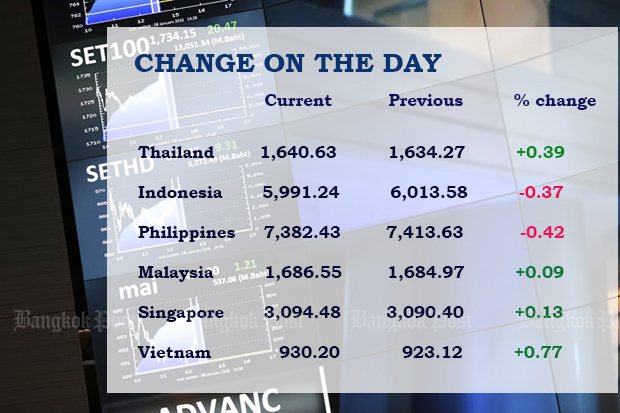 Separately, White House economic adviser Larry Kudlow said on Tuesday that US President Donald Trump was open to a trade deal with China subject to conditions.

Asian shares were largely higher on Wednesday and in Southeast Asia, Vietnamese stocks led the gains with a 0.8% rise, helped by financials and consumer staples stocks.

However, Philippine stocks ended 0.4% lower, snapping four consecutive sessions of gains, a period in which it gained 2.03%.