SET-listed B.Grimm Power Plc, the power generation arm of B.Grimm Group, expects 2019 revenue to grow by 16% to 42.1 billion baht because of new investment in many projects, both domestic and abroad. 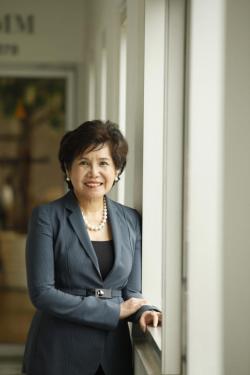 Preeyanart: In talks with Korean officials

The growth will come from three new SPPs in Thailand and two new solar photovoltaic (PV) farms in Vietnam, all of which have already commenced full-year operations.

The two solar PV farms are in Ayutthaya and Nakhon Pathom provinces. B.Grimm took them over from Yanhee Solar Power.

"B.Grimm plans to carry on expansion in both fossil-based and renewable fuels in Thailand and overseas," said president Preeyanart Soontornwata.

The goal is to have 54 power projects with installed power-generating capacity of 3,126 megawatts by 2022. As of September, B.Grimm had installed capacity of 2,076MW.

Mrs Preeyanart said B.Grimm needs a further 2,000MW from new projects in neighbouring countries such as Laos and Vietnam to achieve its ambitious target.

In Thailand, the company is continuing to add projects as the government aims to increase the proportion of renewable power to 30% of the country's total power generation by 2036, up from 12% now.

"B.Grimm expects initially to own a 55% stake in this wind project, with Kepco holding 45%," she said.

In early October, B.Grimm was selected by the Royal Thai Navy as the operator of power plants and a cooling water project at U-tapao airport. The company is designing and planning the details of the development.

"B.Grimm is open to joining hands with other strategic partners to carry on this project in the near future," Mrs Preeyanart said. "We plan to operate the hybrid power plant that creates power system stability for the airport."

B.Grimm expects the commercial operation date of the first phase to be January 2021.

Indonesian exports, imports surge in May