Why are so many hotels for sale?
Business

Why are so many hotels for sale?

A drop in Chinese arrivals and a supply glut are just a few of the reasons.

A bird's eye view of Pattaya City, showing the mushrooming of hotels and apartments. PATIPAT JANTHONG

Several factors have forced numerous small and medium-sized hoteliers to put their properties on the block.

Some industry observers are astonished to see so many hotel operators put their properties up for sale during the high season, when they are expected to reap profits.

A recent news report said about 50 small and medium-sized hotels in Chiang Mai are in dire financial straits because of plunging Chinese guests. The decline of the Chinese market has forced some operators in that market to sell.

Hotel analysts and property agents in Chiang Mai, Phuket and Bangkok believe that technological changes and imminent new laws, notably the Hotel Act, could be the main reasons for the sales.

Oversupply is another key problem, as is a shortage of skilled hotel management, with both obstacles affecting hotels in Bangkok, Phuket, Pattaya, Hua Hin and Cha-am. 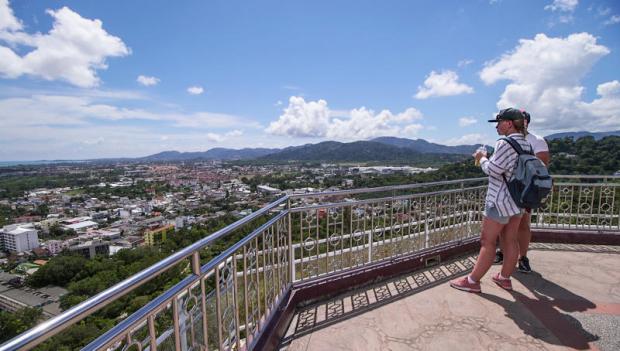 La-iad Bungsrithong, president of the northern chapter of the Thai Hotels Association (THA), suspects that the hotels for sale in Chiang Mai lack hotel licences.

She said that since the government cracked down on illegal business and eradicated nominees in major tourist cities some years ago, it created anxiety among other operators without an operating licence.

Authorities first acted in 2016 by cleaning up popular beaches from local gangsters and messy vendors in Hua Hin, Pattaya and Patong.

A year later, the government stepped up measures to axe illegal hotels across the country. Non-registered hotels were given time to get a licence or end their business.

The government also promoted homestays this year by encouraging house owners, homestay operators and guesthouses that offer no more than four rooms and accommodate a maximum of 20 people to apply for licensing.

"The government recently signalled further crackdowns on non-registered hotels next year," Mrs La-iad said. "Operators without a licence will be charged and punished if they fail to meet regulations. I think this is one of the reasons there are so many hotels for sale."

In addition, hotel operators are afraid of controls under the new Hotel Act. If they operate according to the new law, they are required to do business more transparently, with corporate tax payments and declarations of sales revenue.

Many of the small hotels for sale in Chiang Mai opened in recent years to accommodate the growing Chinese market, Mrs La-iad said.

She acknowledged that it's unusual to see so many hotels place their properties up for sale.

The THA estimates that out of 2,000 hotels in Chiang Mai province, just 200 are registered. Of those 200, 68 are members of the association. 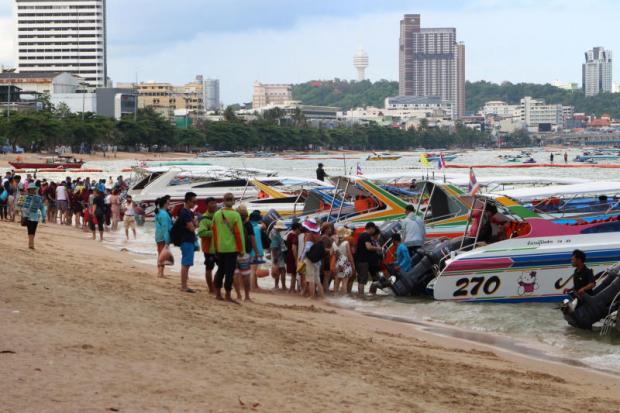 A source from the Thai Real Estate Broker Association (Treba) who requested anonymity said more hotel owners and investors want to sell their properties, even those located near major attractions. They have asked property agents to bring investors to visit hotels before negotiation.

The source cited many reasons why hotels owners want to sell their assets. For some, it is as simple as wanting to leave the business, profit from the sale or perhaps try to earn a better return from another pursuit.

Some owners who focused too much on a single market such as China may have been hit hard by the dip in arrivals from that country.

Others may fear tension from the trade war between the US and China, as well as the global economic slowdown.

Treba estimated growth in the number of hotels put up for sale nationwide at 20% this year, the source said.

Based on information from major property agents such as Thaihometown and Teedin108, some 200 hotels are placing their assets up for sale, with 50 hotels and resorts in Chiang Mai, 50 in Pattaya and 100 in Phuket.

The average price is 50 million baht, meaning the majority are small and medium-sized operators. In addition, hostels and guesthouses are offering investors low prices of 5 million-30 million baht. 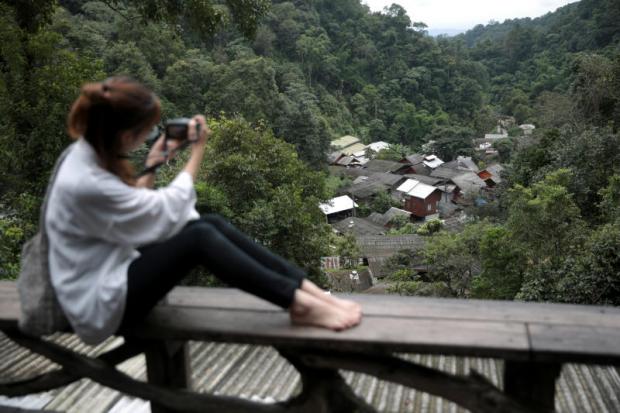 Wassana Srikanchana, president of the Cha-Am Hua Hin Tourism Business Association, said many new hotels opened in the past 5-6 years to cope with strong demand from overseas and domestic markets.

More than half of the new hotels are in the middle and budget segment, not luxury. Many of these new hotels also lack an operating licence.

The increase in tourists to Thailand has driven the hotel and residence sector in Phetchaburi and Prachuap Khiri Khan provinces, home to Cha-am and Hua Hin.

"At this coast, small resorts and condominiums are booming," Ms Wassana said. "But many operators cannot increase room rates because of stiff competition."

Her association is worried about problems stemming from the rapid uptick in hotels, ranging from falling service standards and tourist scams to safety and security concerns. 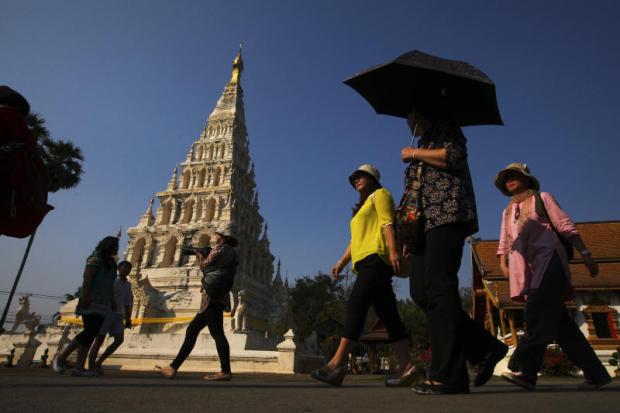 Supawan Tanomkieatipume, president of the THA, said the industry has faced challenges such as natural disasters, political problems, epidemics and economic uncertainty, but it always bounced back relatively quickly because of public and private efforts at restoration.

The hotel industry expects to continue growing in the coming year because of higher tourist arrivals and more domestic travel.

International arrivals this year tallied 31.2 million from January to October, up 7.8% year-on-year, generating an estimated 1.63 trillion baht in tourism revenue, a gain of nearly 10% on the same period of 2017.

China headed the list with more than 9 million arrivals.

Mrs Supawan said having too many hotels in the market is a problem for the sector because operators will compete with each other on pricing and promotion. As a result, the average room rate will remain flat.

The office reported that hotels operated more than 457,000 rooms across the country.

The THA believes that an additional 500,000 rooms are being operated by illegal hotels, either as serviced apartments, condominiums, residences or resorts.

"A big problem for hotels in Thailand is oversupply -- there are too many hotel rooms in the market," Mrs Supawan said. "This creates a price war, preventing operators from increasing their room rates."

C9 Hotelworks, a property consultancy, said the average daily rate per bed for hotels in Southeast Asia for 2017 declined from 2016 because of a sharp rise in new properties.

"For hotels with a long tenure that are unable to adapt to the changes, they will likely sell or transfer to new operators," Mrs Supawan said. "Many young entrepreneurs also entered the hotel business but lack hospitality management skills. Many of them have decided to sell too. But many old and young operators remain in the market." 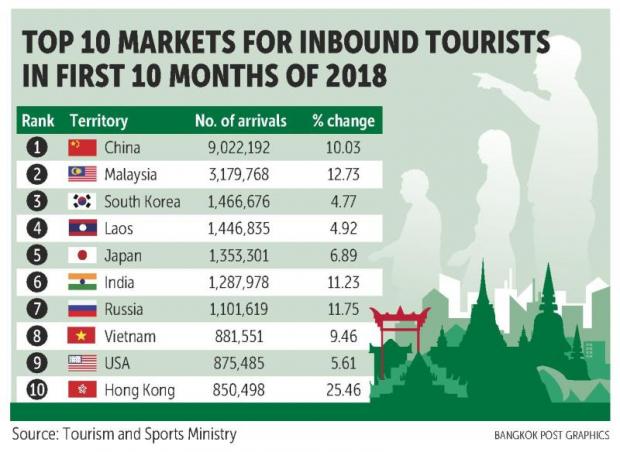