France-based Schneider Electric has committed to expanding its business presence in Southeast Asia with an Internet of Things (IoT) concept called EcoStruxure. 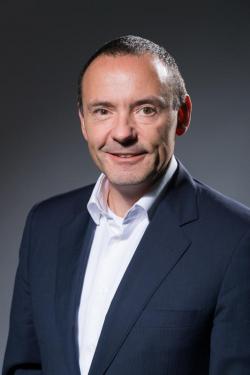 Thailand was chosen as the first country in this region for the concept after the government announced the economic roadmap for Thailand 4.0.

Peter Herweck, executive vice-president for industry business, said the government's Eastern Economic Corridor scheme is an opportunity for the company to expand locally, as Thailand is the largest manufacturing hub in this region.

"Thailand has many industrial sectors, and most of them need an upgrade in manufacturing efficiency," he said. "Our innovative products can meet demand from manufacturers."

Mr Herweck said automotive, electronics, water treatment and agricultural sectors are the country's strength and opportunity industries, so Schneider Electric is focusing on these sectors to provide its service platform.

He said Southeast Asia has become a single market with a large population of 650 million people, mobilised by many young citizens.

This region will become a competitive market for Schneider Electric in the near future.

"Schneider Electric entered this emerging region 8-9 years ago, as we have seen the new generation capable of adopting of our technology and innovations," Mr Herweck said. "Roughly 30% of our business presence is done in Asia-Pacific, as we forecast that this region is growing faster than others in the world. More importantly, 45% of our employees are located in Asia-Pacific."

He said EcoStruxure can help customers and partners succeed with digital transformation, allowing each customer to adopt the automation system for many industrial segments.

"The concept can help customers improve from the lowest to the highest levels of connectivity," he said. "The world cannot avoid the changes brought about by the booming digital economy. IoT and big data analysis can bring each business to increase efficiency and competitive advantage."

Schneider Electric expects the EcoStruxture concept to deliver and enhance the value of safety, reliability, efficiency and connectivity.

The EcoStruxure leverages advancements in IoT, mobility, sensing, cloud, analytics and cybersecurity to deliver innovation at many levels, from connected products and edge control to applications, analytics and service.

The concept has been developed across 480,000 sites with the support of more than 20,000 system integrators and developers, connecting over 1.6 million assets under management through more than 40 digital services.

The concept is applied on power, building, plants and machines, as well as asset advisers.

The company has 160,000 employees serving customers in over 100 countries.