Hotels continue to sprout up all over Pattaya.

Foreign and local investors continue to expand their hotels in Thailand to cope with tourism growth, but the sector is being challenged as the average room rate here has remained the lowest among big cities in Southeast Asia.

An influx of international arrivals and strong domestic travel are driving the hotel push. The Tourism Authority of Thailand predicts that 40.3 million foreigners will visit the country next year, while locals will make 177 million trips.

The latter half of 2018 showed local and foreign investors displaying robust demand for the hotel business despite a dip in Chinese tourists denting the inbound market.

Domestic developers accounted for the bulk of activity, such as Singha Estate purchasing six hotels from Outrigger. Two properties are in Thailand, with the others overseas.

In addition, local operators and investors have increased their exposure in the hotel segment by buying or developing assets, as they believe that tourism offers stronger growth prospects than manufacturing industries they have traditional engaged in, according to CBRE Asia-Pacific.

Foreigners are also interested in the Thai hotel market, with recent deals such as Surf Hotel Patong Phuket, which was sold to a Singapore-based operator. 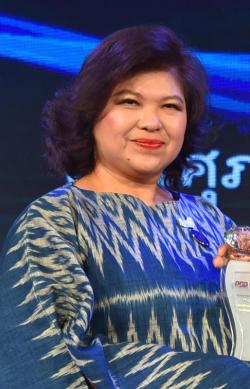 The multi-brand signing, consisting of new hotels from the Holiday Inn, Holiday Inn Express and Staybridge Suites brands, will add more than 2,000 rooms. The hotel openings are scheduled for 2018-27.

Japanese hotel chain Nikko Hotels International (NHI) has announced that it will open a hotel in Bangkok in early 2019. AccorHotels is set expand its portfolio here as well, with a plan to operate 20 hotels totalling 4,775 rooms by 2020 through multiple brands.

For the home-sharing business, Mike Orgill, Airbnb's country manager for Southeast Asia, Hong Kong and Taiwan, said the company just unveiled the next stage of growth in Thailand with the launch of Airbnb Plus in Bangkok and Phuket. The move is aimed at attracting 400 million global guest travellers.

Supawan Tanomkieatipume, president of the Thai Hotels Association (THA), said a big challenge for the hotel sector in Thailand is pricing. She explained that the average room rate in big cities in Southeast Asia such as Singapore, Kuala Lumpur and Yangon are 2-3 times higher than in Bangkok. Room rates in Tokyo and Hong Kong are even higher than in Singapore.

"We have seen more and more investment in Thailand because hotels need high volumes of guests and Thailand can serve that," Mrs Supawan said.

The THA reckons that the hotel business will continue to grow if there's no political crisis after the election in 2019 and the global economy stabilises.

International tourists are watching the election and political developments, with many preferring to see democracy in Thailand.

Tourists in Asia, however, are less concerned about political issues, instead prioritising their incomes and money supply. Tensions between the US and China have already halted new bookings from the mainland.

Advanced reservations made for November 2018 fell to 70%. Hotels in Thailand usually run at 80% occupancy during the final quarter each year.

"After all, making predictions or forming a clear picture is difficult for the hotel business for 2019," Mrs Supawan said. "Tourism results in the final quarter of 2018 will tell us more."