The bank has launched the service at 378 Chysee Mee Kiew shops.

The bank launched the service at 378 Chysee Mee Kiew shops, mostly in Bangkok and surrounding areas. It expects to expand QR code payments to 2,000 noodle franchises during the first half of this year, out of 4,300 shops total, said Pimjai Tongmee, executive vice-president for sales and delivery.

The bank expects its digital payment service will cover 10% of total transactions at the noodle shops, although it will take time for customers to change their spending behaviour, she said.

SCB, the country's second largest lender by total assets and No.2 in digital banking, aims to expand the number of merchants receiving QR code payment to 2 million by the end of the year, with 100,000 which offering credit card e-payments. 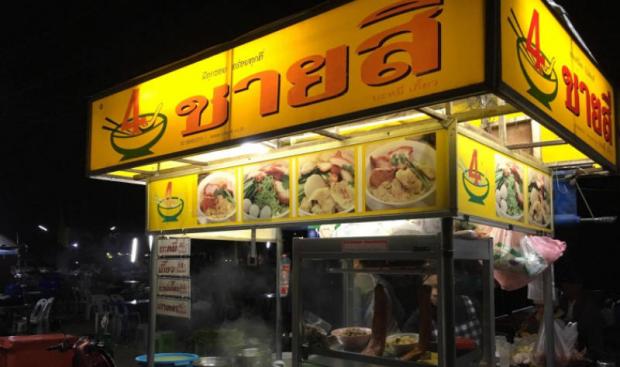 The bank has launched the service at 378 Chysee Mee Kiew shops.

"We aim to expand to 30 franchise brands this year from one brand now, and focus on the street food segment with small ticket sizes beginning from 30-40 baht per transaction," Ms Pimjai said.

Thailand's street food business had a total market value of 20 billion baht in 2017 and is expected to grow to 340 billion baht by 2020. Chysee Mee Kiew represents a 20% market share in terms of street food franchise businesses. It plans to expand the business into regional markets including Cambodia, Laos, and Myanmar this year.