Thai rice exporters expect to ship 9.5 million tonnes this year, more than a million and a half tonnes less than in 2018. (Photo by Pattanapong Hirunard)

The lower volume is due to a stronger baht and increased competition from India and Vietnam, Charoen Laothammatas, president of the Thai Rice Exporters Association, said yesterday.

Thailand is also expected to fetch a lower export value from rice of US$4.8 billion this year, Mr Charoen said. 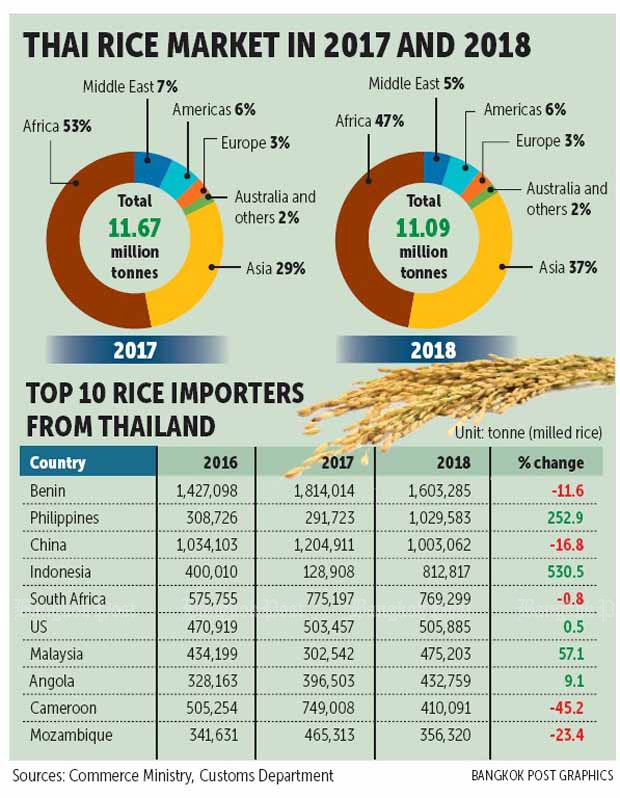 "Thailand's rice export prospects are unlikely to be on a par with last year, mainly due to a stronger baht than the currencies of our competitors," Mr Charoen said. "The government, therefore, needs to take care of the baht to ensure it moves in line with the currencies of competitors."

The baht has gained nearly 2.6% against the US dollar so far this year.