EEC: The Business Opportunity You Shouldn’t Miss in 2019
Business

EEC: The Business Opportunity You Shouldn’t Miss in 2019

Since late 2018, we have already seen signs of global economic slowdown. Financial markets have been fluctuating. Among the factors are the downshifting of the US economy which led to weakened US dollar. The prolonged US-China trade war has troubled Thai exports for quite sometime. Moreover, there were tensions on the Korean peninsula, conflicts in the Middle East, and political uncertainty in Europe. It was good that 2018 ended.

The truth is not really. Leading indicators of the Organization for Economic Co-operation and Development (OECD) have signalled the global economy being in ‘Late Economic Cycle’. Energy price and global manufacturing purchasing managers’ index (PMI) have been falling since 2018 .  Moreover, China, owner of the world’s second largest economy, is struggling with a number of issues, including the on-going trade war with US, extremely high debt level of 267% of GDP and dropping national wealth due to bear market.

Is there light at the end of the tunnel for Thailand?

In 2019, consistent with the Bank of Thailand’s analysis, Thai economy is likely to continue growing. The key driver is private consumption which will rise on the back of improving household income, expanding private investment and increasing infrastructure projects co-invested by public and private sectors. Moreover, Chinese tourists returning to Thailand faster than expected could bring the Thai tourism industry back to its former high. Obviously, Thai travel agencies should now focus on the medium-high spending and free-independent travellers.

This year, Thailand’s GDP growth is likely to be at 3.8%, a slight drop from 4.0% in 2018, with growing private consumption as a main supportive factor. Thai export growth is expected to decrease to 4.3% year-on-year, from 6.7% year-on-year in 2018, due to global economic slowdown particularly of China, Thai-US trade war (No GSP), and the effects from the prolonged US-China trade war. Key trade partners for Thai exporters are CLMV, ASEAN, Japan, EU and US respectively. Key exports include auto and auto parts, electronics and computer parts, machinery, foods and agro-products respectively.

Where are the opportunities for Thai businesses?

Apart from businesses in industries with export potential (which inevitably must face currency fluctuation), one ocean of bright opportunities is the EEC (Eastern Economic Corridor). This special area development is strategically aimed to push forwards economic and social development under the Thailand 4.0 initiative. It is a national agenda of accelerating transformation towards a developed country through advanced technology and high-level investment.

There are two key opportunities to consider: infrastructure and investment. 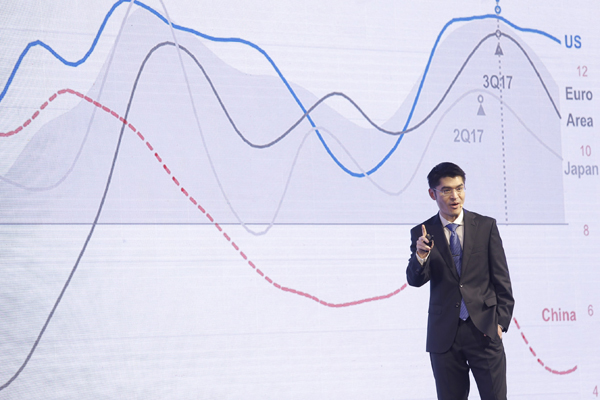 It is interesting to know that during 2014 to September 2018, projects under both S-Curve groups applying for BOI investment incentives reached a total value of 913 billion Baht. For the period of 2018-2023, BOI investment in the EEC is projected to be at 600 billion Baht. It is estimated that targeted industries and other industries in the EEC will generate up to 10.0 trillion Baht and 28.3 trillion Baht in revenue respectively.

From the projected revenues, the EEC seems promising to Thai investors who are looking for long-term yields. EEC is worth investing in, especially if you are already investing in the targeted industries as Thai government grants tax incentives for EEC investment quite generously. The BOI investment promotion measures for EEC-related projects are for example; corporate income tax exemption for up to 13 years and 50% corporate income tax reduction.

“The EEC will contribute significantly to Thailand’s investment level in the second half of 2019. From the data, it is obvious that the EEC can still welcome a large number of industrial investors. Considering the projected revenues investors would gain from their investment in the EEC and the generous investment promotion measures given to the investment in high-potential industries of the future, Thai entrepreneurs need look no further. The opportunity is right here,” revealed Mr. Naris Sathapholdeja, Head of TMB Analytics.

This article is developed from economic insights and analysis presented at TMB The Economic Insight 2019 ‘Analysis of Thai Economy for the arrival of EEC in digital era’, a seminar organised for the benefits of business clients of TMB on Tuesday February 12, 2019 at Siam Kempinski Bangkok. 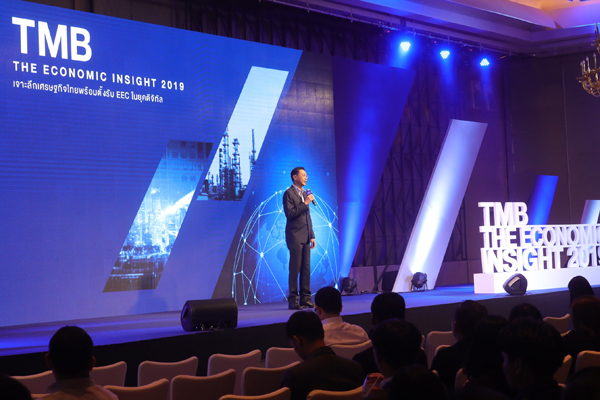 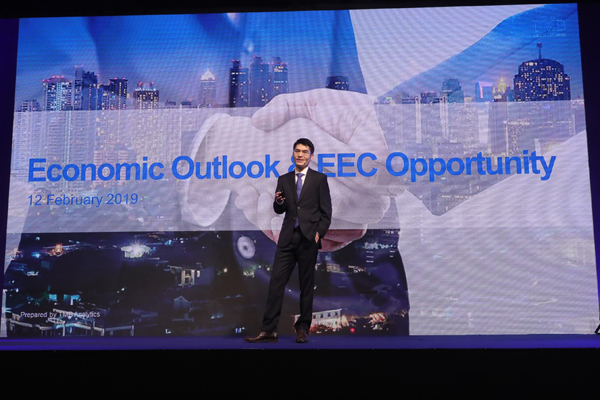 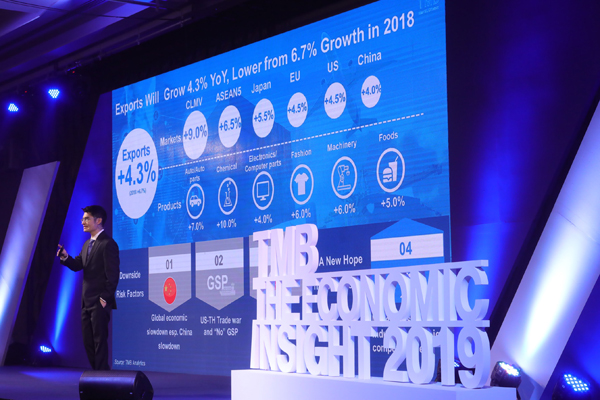 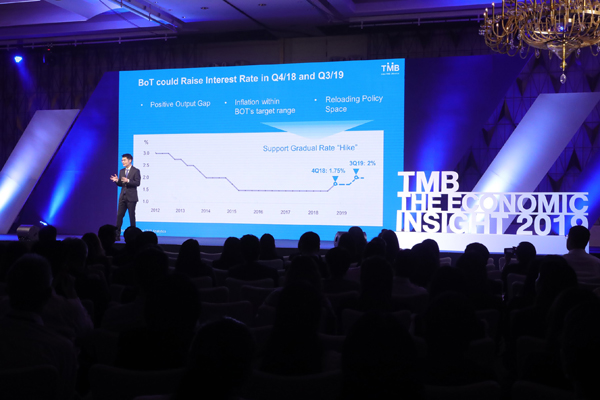 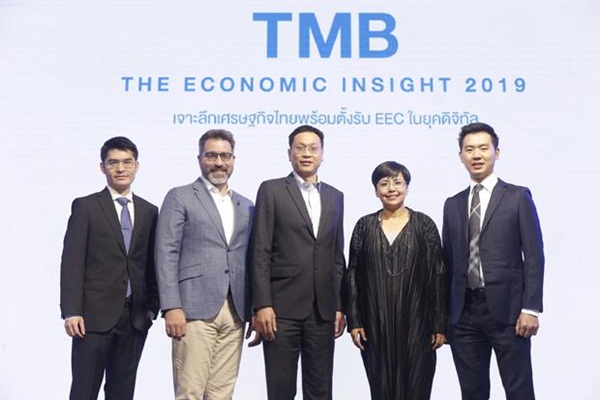 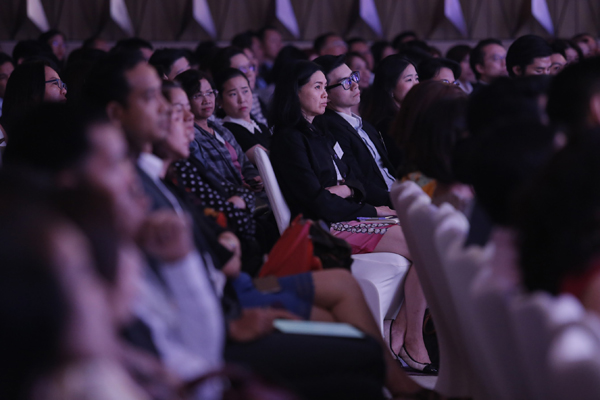 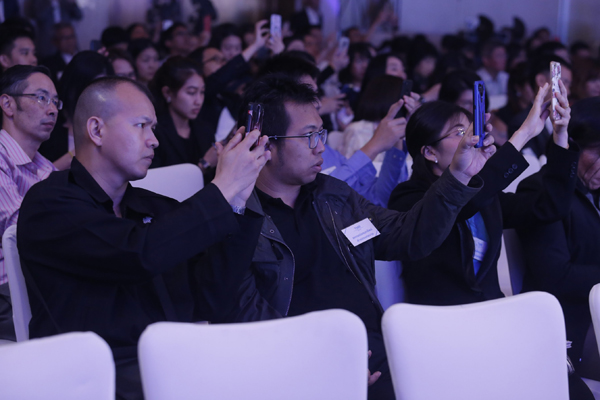 Thailand could find itself at the forefront of the metaverse frontier if developers receive proper support from industry collaboration and the government, according to two creators.

TRAT: The provincial court has issued arrest warrants for two executives of Soneva Kiri, a luxury resort on Koh Kut, over a fire that left guests injured on March 6, according to Pol Lt Gen Sompong Chingduang, the assistant national police chief.

The Tourism Council of Thailand (TCT) is more optimistic about Chinese travellers returning after the country slashed its quarantine length in half and gave Thai airlines permission to resume two flights to China per week.